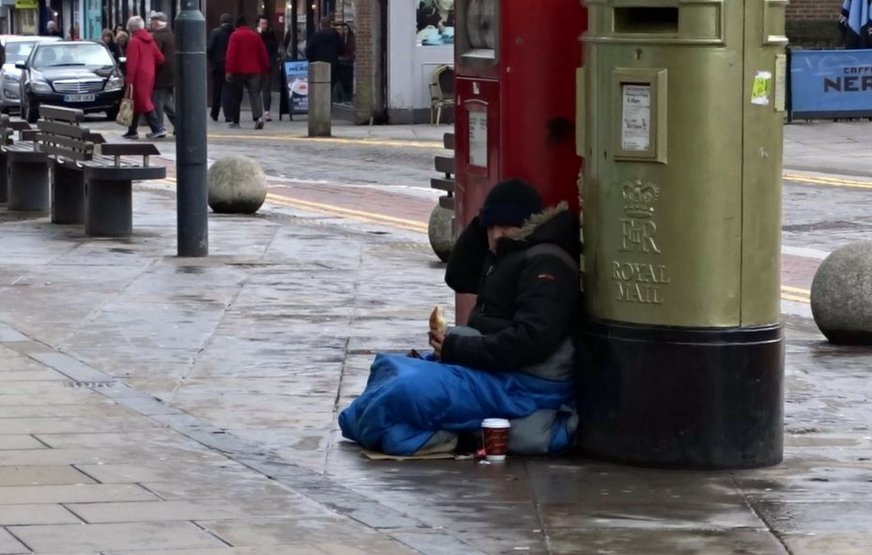 Rough sleeping in Watford has almost halved since last year

The Rough Sleeping Strategy, with its £100 million investment, aims to tackle the root causes of homelessness with mental health and addiction support. This is part of Housing Secretary James Brokenshire's pledge to make homelessness 'a thing of the past'.

On the announcement of the new plan, Watford's homeless charity, New Hope, tweeted: "It's encouraging to hear the Government is planning to end all rough sleeping by 2027. We look forward to working with Watford Council to see an end to rough sleeping in Watford."

New Hope provides accommodation and opportunities to Watford's homeless and vulnerably-housed. The charity sets up emergency housing solutions in extreme weather conditions, and operates a helpline so that the public can call to help those sleeping rough.

Many UK homeless charities have expressed positive responses to the new government plan as a step in the right direction, but some have warned that more needs to be done. Labour MPs have already criticised the plans because they 'lack urgency' and involve 'no additional money'.

In response to New Hope's tweet, the Elected Mayor of Watford, Peter Taylor, thanked the charity for their 'fantastic outreach work'.

"One of my priorities as your Mayor is to work with our partners to help bring down rough sleeping in our town."

Homelessness in Watford has almost halved since last year, according to a search by Watford Borough Council, in which just six rough sleepers were found on the night of the count. The stable reduction is a result of local organisations coming together for a town-wide partnership called Watford Strategic Homelessness Forum, described by Peter Taylor as 'outstanding'.

"But we musn't be complacent," he added, "one person sleeping rough is one person too many."

With the new government funding and continued support from local charities, councillors hope that these numbers will decrease further.