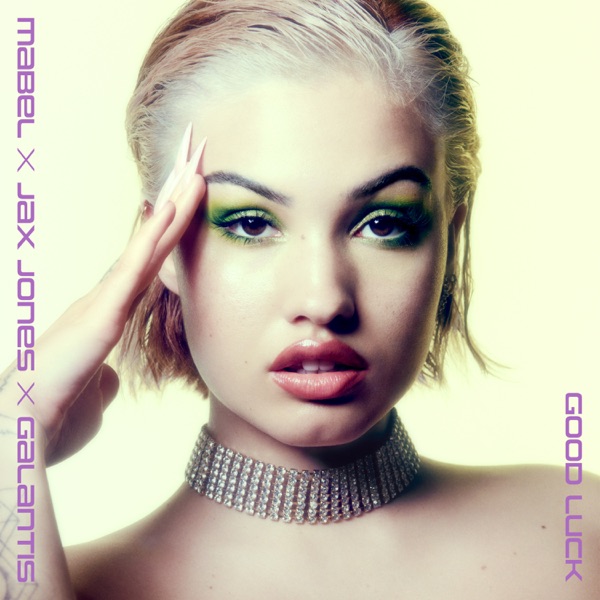 On Remembrance Sunday (8th November), the nation will come together to remember the ‘military and civilian sacrifices’ made during times of conflict. Yet this year’s commemorations will differ, with parts of the UK now under second lockdowns or coronavirus restrictions. As a result there will be a smaller number of Remembrance events. The national service at the Cenotaph in London will still take place, however at a reduced level. In addition, the ceremony will also close to the public for the first time.

The Royal British Legion (RBL) is ‘calling on the public’ this weekend ‘to use remote and socially distanced methods,’ to pay tribute to the Armed Forces community. They are encouraging people ‘to show their support’ from home by displaying poppies in windows, and to stand on their doorstep for the Two Minute Silence. Additionally, the Legion will have a ‘virtual Field of Remembrance’ on its website, for individuals to view and also make online tributes.

“Remembrance is a unique time in the year when people from all communities, cultures and ages come together and pay tribute to the service and sacrifice of our Armed Forces community, past and present. This year, however, we can’t stand together at Remembrance services and therefore the Legion is urging people to participate remotely and visually show their support by placing a poppy in their window, or standing on their doorstep for the Two Minute Silence.

Every poppy counts so whether you choose to print off a downloadable poppy from the Legion’s website or draw your own, we are calling on everyone across the nations to unite in a UK-wide show of support from home, display a poppy in their window in time for Remembrance Sunday and pay tribute to our Armed Forces community.”

How is Remembrance Sunday and Armistice Day (11th November), being marked within South-West Hertfordshire?

In Watford the Council’s Elected Mayor, Peter Taylor, is leading a virtual Remembrance Service at 10.45 am on 11th November. A Two Minute Silence will take place along with readings from the Mayor and Council Chairman, Councillor Aga Dychton. Wreaths are to be laid by the Legion and emergency blue light services. The Vice Chairman and Lord Lieutenant will attend the service, which is set to be streamed via the council’s Facebook page: facebook.com/watfordcouncil.

“The impact that the two World Wars had on our town was enormous. Huge numbers of Watfordians joined the call to arms. The town also pulled together around the war effort. Given Watford’s proximity to training camps and transport links, Watford families regularly hosted service men in the town.

That’s why I’m really proud that we’re able to remember our town’s role in the two World Wars and the people from Watford who made the ultimate sacrifice, such as those who lost their lives in the Sandringham Road bombing.  We will also be commemorating those who fought in later conflicts such as Captain Tom Sawyer, Corporal Christopher Harrison and Private Tom Lake. I hope residents are able to join the virtual Remembrance Service and pay their respects.” 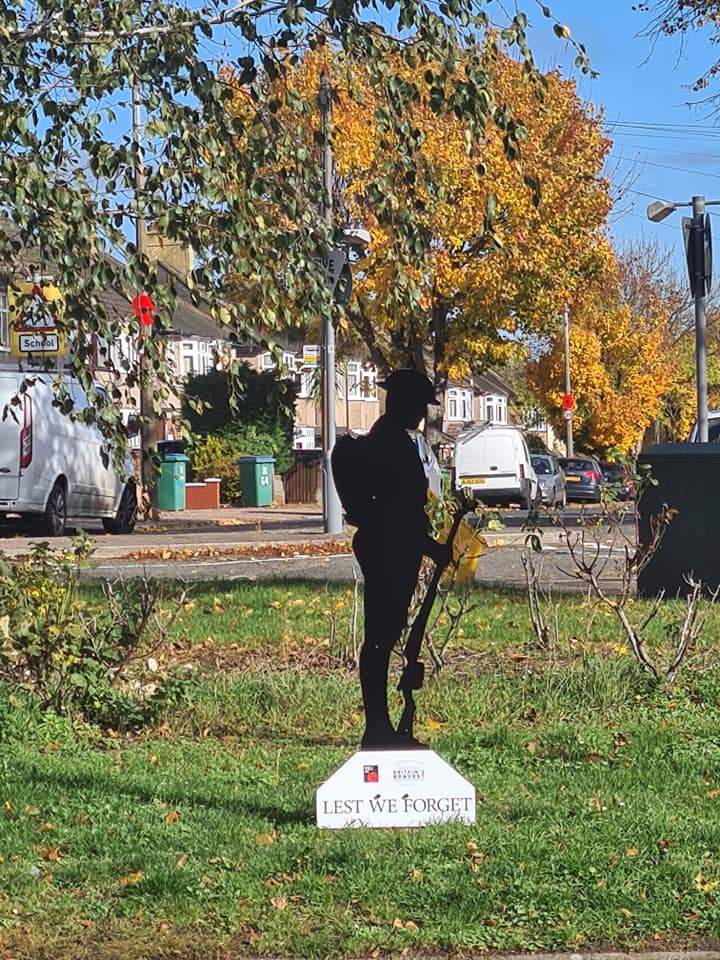 A silhouette figure of a First World War (Tommy) soldier that has been installed in Watford. Picture: Watford Borough Council.

The council has also placed silhouette figures of First World War (Tommy) soldiers throughout Watford, as part of an art installation by the charity Remembered. The aim is to teach ‘all generations about why so many made the ultimate sacrifice,’ and raise money to support individuals ‘suffering from the hidden wounds of war.’

St Albans’ Mayor, Councillor Janet Smith, is inviting the city’s residents to honour ‘Britain’s war dead’ by viewing an online commemorative service this Remembrance Sunday. The Covid-secure service was recorded and held in the Council Chamber, the same location of a war memorial ‘paying tribute’ to those ‘killed in action.’ The annual St Peter’s Street parade and wreath-laying ceremony at St Alban’s War Memorial had to be cancelled due to Covid-19.

The Mayor of St Albans said:

“Remembrance Sunday is one of the most moving and important occasions in the District and the Council plays a major role in its organisation. I was deeply saddened by the fact the annual parade could not be held this year because of the pandemic. However, people can still take time to pay their respects and remember the brave servicemen and women who lost their lives or were injured while serving in the armed forces.

I’m sure our whole community will observe the two-minute silence on Sunday or Wednesday and I hope many people will take up my invite to watch our special online service. This is our way of recognising the debt we owe to the men and women who sacrificed their lives in the defence of this country. We must always remember them.”

As in Watford, Tommy silhouettes have also been installed at the Memorial and St Albans Cathedral. A live service from the city cathedral will be streamed at 10.50 am on Remembrance Sunday itself, and can be viewed on their YouTube channel: https://youtu.be/he8xS2vlK-c. Those who normally lay wreathes at the War Memorial or elsewhere may still do so privately between 1st – 11th November, but you must adhere to government guidelines. Finally, if you would like the District Council to feature a 15 second clip of your wreath laying on the Enjoy St Albans website, email videos to: mayoralty@stalbans.gov.uk.

The Parish of Bushey have organised a number of online events this Sunday, which include a livestream Eucharist from 9:30 am, and a pre-recorded Community Act of Remembrance at 10.55am. What’s more poppies painted by local school children, will be on display around the churchyard throughout the week. Elstree and Borehamwood Town Council will also hold a virtual Remembrance service at 7 pm on Armistice Day. For more information visit: www.facebook.com/elstreeborehamwoodtc