Wycombe Wanderers vs Watford Preview: Hughes and Gray to Return? 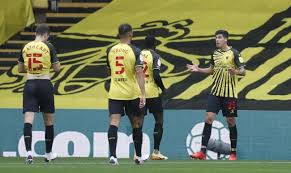 Watford Head Coach Vladimir Ivic is careful not to underestimate Tuesday's opponents Wycombe Wanderers despite their hosts' poor start to life in the Championship.

Ivic described the trip to Adams Park as "One of the more difficult games" in the Championship season, adding that often these fixtures are more tricky than against those at the top of the table. The Serb told Vibe 107.6 FM on Monday that Will Hughes and Andre Gray are fit to face the Chairboys, but won't be 100% until after the International break. Meanwhile, Troy Deeney remains out. Joao Pedro will likely start on Tuesday night, after Stipe Perica was injured in the 1-1 draw with Bournemouth, a game in which the Brazilian teenager started on the bench. Perica had an MRI scan over the weekend, and the club are awaiting the results, so don't expect the Croat to feature.

The Hornets Head Coach is aware of Wycombe's talent despite their results suggesting otherwise. Ivic has "watched a lot of their games" and was surprised to see them fall short in some. Watford fans will know already that Ivic isn't one to get complacent. "We must be focused" was the message.

Tuesday's hosts had a surprising but memorable rise into the second tier; due to Points Per Game the then League 1 outfit gained a play-off place. The surprise package bested Oxford United, sealing their status as a Championship side for the first time in their lengthy history.

Head Coach Gareth Ainsworth clearly knows how to get the best out of his players, but the former Chairboys midfielder has struggled to get off the mark this season. The favourites for the drop will hope their direct football can catch out the Golden Boys and secure their first ever win in the Championship.

Ainsworth's Wycombe side predominantly play a 4-4-2, but keep little possession. Expect some slow spells during the match, with Watford holding the ball, hoping to feed it to the fast attacking players. 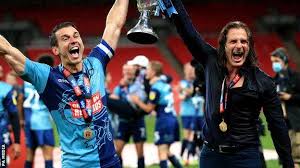 Wycombe will want to get off their mark in the Championship after numerous defeats.

Watford fans will be pleased to hear that they're unbeaten in this fixture, with 4 wins and a draw.

The most recent meeting between the sides was in 2012, a 1-0 home win for the Hornets in the League Cup. Chris Iwelumo netted the solitary goal in extra time. Former Watford player Matthew Spring featured for the visitors.

Wycombe have scored just twice in competitive football against Watford, and haven't done so since a Division 2 match in 1997, a 2-1 win for the hosts at Vicarage Road.

Former Dundalk winger Daryl Horgan has looked impressive in his first Wycombe season despite the tough start. The Irishman netted against Brentford in the League Cup, and was the standout player for Wycombe in their 2-1 loss to Norwich. He may be a handful for Watford's back 3 if given the space.

Arguably "too good" for this league, Etienne Capoue has integrated back into the Watford squad since his Transfer Request was withdrawn. The Frenchman's elegant passing could prove effective when the likes of Ismaila Sarr and Joao Pedro are bursting forward, and after two bench appearances, will surely be fit to start now.

Unfortunately, this would be a very typical game of Watford to lose. But under Ivic that complacency seems to be fading, and I think given the Head Coach's extensive research into Tuesday's opposition, the quality of Watford will be more than enough.