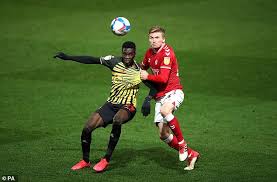 Watford return to Vicarage Road for the first time in three weeks looking to extend their unbeaten streak at home. Despite two disappointing draws away at Queens Park Rangers and Bristol City, the Hornets remain without defeat in November.

Three Watford players are currently isolating until next Saturday, with Ken Sema and Étienne Capoue speculated to be two of them, as they were absent from Wednesday's draw at Ashton Gate. Stipe Perica made his return, with an encouraging yet brief cameo where he chased down a Bristol City defender and begun an ultimately fruitless attack. Midfield duo Tom Cleverley and Will Hughes remain out, and although Jeremy Ngakia hobbled off late on in the previous game, it is expected that he'll be available. Aside from that, no news, however the lack of a midweek Press Conference means any recent injuries in training won't be known until 2pm on Saturday.

Adam Masina (Back in training December, will likely play end of December/early January)

Preston North End are certainly not a side to be underestimated, despite their low league position. Thrashing then-League leaders Reading 3-0 at the Madejski Stadium earlier this month and also collecting three points at Brentford in a 4-2 win, the Lilywhites have been a different entity away from home.

This tie will definitely be an interesting one. Watford sit second in the home league table, whilst their opponents occupy the same position for visiting teams. North End also average 2.5 goals a game on the road, so expect fireworks (or at least, more than we've seen in Watford's last two games). 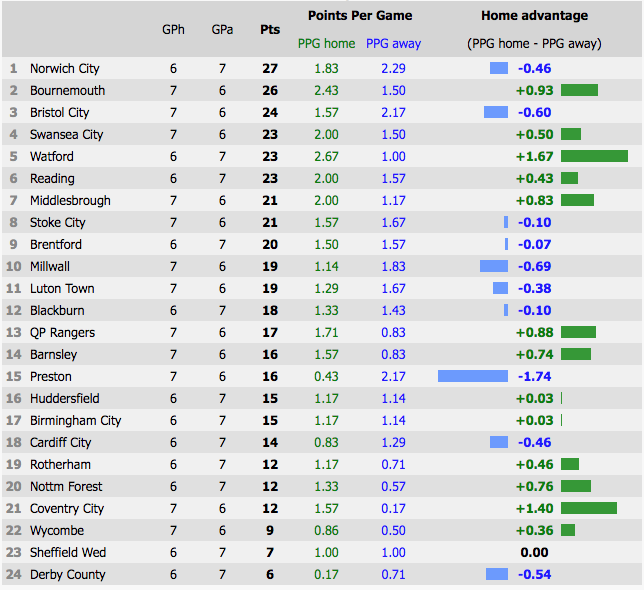 Preston's Darnell Fisher won't feature; he's banned for three games after grabbing the genitals of Sheffield Wednesday's Callum Paterson. Joe Rafferty is suspended too, though not for that reason, he picked up a red card in the midweek 3-0 defeat to Blackburn. Alan Browne is also unable to play having racked up 5 yellow cards in the league. With regards to injuries, winger Billy Bodin won't be involved due to a knee injury, Bens Davies and Pearson won't be risked and "Joshes" Harrop and Earl won't travel either. If that wasn't enough, Paul Gallagher and Andrew Hughes aren't in contention with injuries too.

So a makeshift lineup for Head Coach Alex Neil at Vicarage Road, but he'll at least have Scott Sinclair available (not just him obviously). The former Manchester City winger has excelled at Deepdale since his January arrival from Celtic, and has 5 goals to his name this campaign. Ryan Ledson is also key to their success. The midfielder is a stand-out for PNE even without the impressive Ben Pearson partnering him, and spoke in the week of his disappointment following the loss to Blackburn Rovers.

“We are now down at Watford and we are straight back and then we will be going to Bournemouth on Tuesday so it's tough, but this is the Championship, it's what we signed up to do and we've got to forget about tonight now."

Preston had just a quarter of the possession in their previous game (though Blackburn always dominate on that front) and failed to register a shot on goal. Typically they keep possession fairly well, and play in a 4-2-3-1, but with the mounting injury list, Alex Neil may have to switch things up.

The last meeting between these two sides was during Quique Sanchez Flores' tenure at Watford (the good time, not the second one). Like usual, Watford lost in the League Cup against lower league opposition, to a 1-0 deficit at Deepdale. England's current No.1 Jordan Pickford was between the Preston sticks, and former Hornet Joe Garner led the line for North End. Miguel Britos was sent off on his Watford debut. 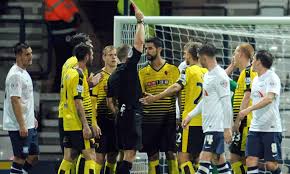 Watford were defeated 3-1 in the last league game against Saturday's opponents. A 22 year-old Troy Deeney partnered Danny Graham in attack, but it was Andreas Weimann, who played against Watford on Wednesday, who grabbed the only Hornets goal.

It's a pity Tom Cleverley won't be involved in the game, as he netted in Watford's last win over the Lilywhites. Both he and Heidar Helguson were on the scoresheet in a 2-0 win in 2009. Craig Cathcart also featured.

Perica has been rather unfortunate so far at Watford, whether that's through his own doing or not. He was suspended for three games after an elbow in the Carabao Cup, and looked lively against Bournemouth, even scoring, before a shoulder injury cut short his Championship debut. Now he's back, and hopefully for good. The Croat has been exciting to watch and following a somewhat dry spell since the International Break (granted it's been two games and we have scored) perhaps Vladimir Ivic will opt for the former Chelsea prospect.

Given about half of Alex Neil's squad are out of Saturday's game, that gives me a limited pool of talent to choose from. I've gone with Sinclair, mainly due to his terrific performance against Brentford, and the potential he has to wreak havoc on a full back.

Predicting a third successive draw is quite depressing, but I expect a stronger performance than in our last two stalemates. It'll be 2-2, with a late goal, and perhaps a Deeney penalty.