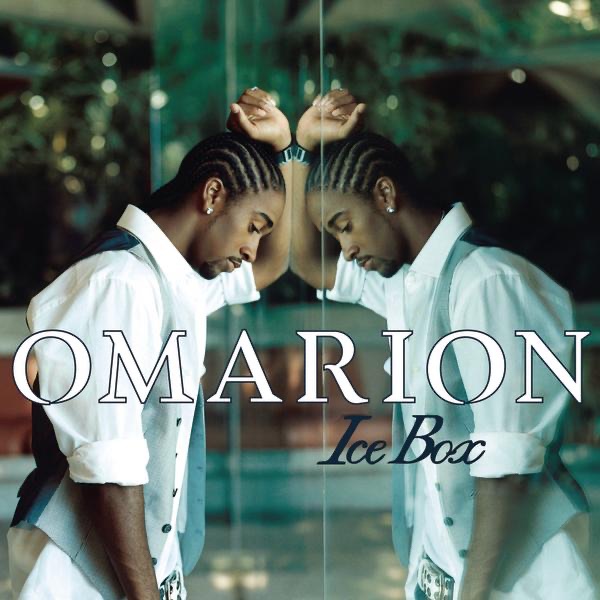 Watford vs Norwich City Preview: A Christmas Cracker at the Top of the Championship Tree? 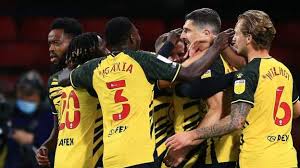 Xisco Munoz will be hoping his side don't suffer from Huddersfield hangover as they begin a new era following Vladimir Ivic's dismissal. Daniel Farke's gifted side have received plenty of points so far this month but will no doubt be looking for 3 more as a belated Christmas present at Vicarage Road.

The new man in the Watford dugout was all smiles as he spoke to Vibe 107.6 and the rest of the Media this week, and Hornets fans want to see that smile remain throughout the 90 minutes this evening. It won't be easy; the visitors have won 5 in a row and a 6th would see them go 12 points clear of Watford after only 21 games.

Daniel Farke's squad is used to the challenge facing them, with plenty of second tier experience in the team (they won the league just two seasons ago). This is far from the Norwich side that slumped to bottom of the Premier League last season, with additions such as Oliver Skipp, Kieran Dowell, Jacob Lungi Sørensen and even former Watford target Ben Gibson. The talented core of last season's outfit has remained too. Many pundits slated Max Aarons, Todd Cantwell and Emiliano Buendia for moves away, and like many Watford players, they probably deserved them. But they remained at Carrow Road to many people's surprise, and it looks like it's worked out. Cantwell is continuing his development and will likely be headhunted by a top half Premier League club if he consistently performs, Buendia is arguably the best player in the league, and the team are walking the league. Teemu Pukki has his shooting boots back on, the defence is much improved and, through numerous injury setbacks, they have demonstrated impressive squad depth.

Surely Watford's biggest test yet, Norwich will be looking for revenge following a 2-1 defeat last time out which near enough condemned them to relegation, and gave the Watford faithful belief that they could turn it around (alas, they couldn't). From a Norwich point of view, the team news is fairly optimistic. Farke has discussed the difficult prospect of planning against a side who are yet to play under their new head coach, but the charismatic German believes there is "no reason to be scared".

“If you would play Watford on a Premier League gameday, everyone would say how tough the task is. It's an even bigger task on Championship level.”

Adam Idah and Tim Krul are fresh off of being rewarded with new long term contracts, The former won't be fit to start up front, but finisher (pun intended) Teemu Pukki will likely lead the line. Krul won't play a part either, nor will Marco Stiepermann or youngster Przemyslaw Placheta. Gibson, midfielder Lukas Rupp and left-back Xavi Quintilla may feature however as they return from spells on the sidelines. 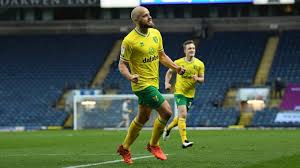 As for Watford, I'm afraid it remains a mystery. Munoz joked with regards to injured players, "some guys yes, some guys no!" accompanied with a huge grin. In addition to this, the Spaniard avoided revealing his preferred formation for the game, stating that his favourite formation is "the formation that wins!", once again, with a smile on his face.

William Troost-Ekong was substituted with a hamstring injury in the defeat to Huddersfield Town last weekend, and his condition isn't known. Will Hughes is training and available for selection, but Craig Cathcart and Domingos Quina won't be involved. My call is that both Hughes and Troost-Ekong will be up for selection, but perhaps won't start. Francisco Sierralta, an adept centre-half and right-back could make his first Championship start with the potential absence of Nigeria's captain.

Adam Masina is also in line for his first start in this division, especially if Munoz opts for his 4-2-3-1 used at Dinamo Tbilisi. He came off the bench last week, and Vladimir Ivic said he was ready to play when called upon. Kiko Femenia is isolating following a positive coronavirus test, and whilst he may have completed his time indoors, Jeremy Ngakia will be a shoo-in to start on the right hand side. 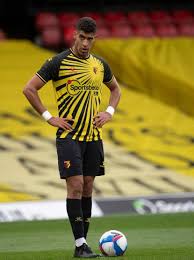 Following Vladimir Ivic's desperate requests for a fit left-back, it is quite fitting of Watford that Adam Masina returns to full fitness after Ivic's dismissal.

As previously mentioned the last meeting between these sides saw Watford emerge victorious, following an audacious Danny Welbeck bicycle kick. Norwich were the only side to have lost on both occasions to the Hornets last season, also conceding 2 at Carrow Road in a 2-0 defeat.

The Canaries eventually finished 13 points behind Watford in the table last time out, winning just 5 all season.

The last time these sides faced off in the Championship was during the 2014/15 season in which both sides were promoted. Despite Watford finishing ahead of the East Anglian outfit, they lost 3-0 on both occasions during the triumphant campaign.

Cameroonian defender Sébastien Bassong picked up two Championship medals that season, fulfilling the 'games played' quota for both the Hornets and the Canaries, having spent the first half of the season on loan at Vicarage Road, and the second back at his parent club.

Not the most popular man in Hertfordshire right now, but Xisco Munoz has expressed his delight at having a "Watford legend" in Deeney at the club. Watford haven't scored a goal without Deeney contributing since the 28th of November, and although his comments in the media have received a mixed response, his time at Watford is far from over.

There is a whole host of attacking talent at Daniel Farke's disposal, but how they managed to keep a hold of Emi Buendia I'll never know. To absolutely no-one's surprise he has immediately set the league alight, with 6 goals and 6 assists already. He destroyed Cardiff last weekend alongside Todd Cantwell, and I fear he may score for the second time at Vicarage Road this year when he lines up later on.

Very, very, difficult one. At the risk of exposing my own delusion (or optimism), I am yet to predict a Watford loss this season. But with the firepower of this Norwich side and the fact that they are getting even better by the week, I can't see Watford getting three points. My heart says a 2-2 draw, but my head says a 3-1 Norwich City win.

Televised? Yes, on Sky Sports, with build-up on Hive Live too.