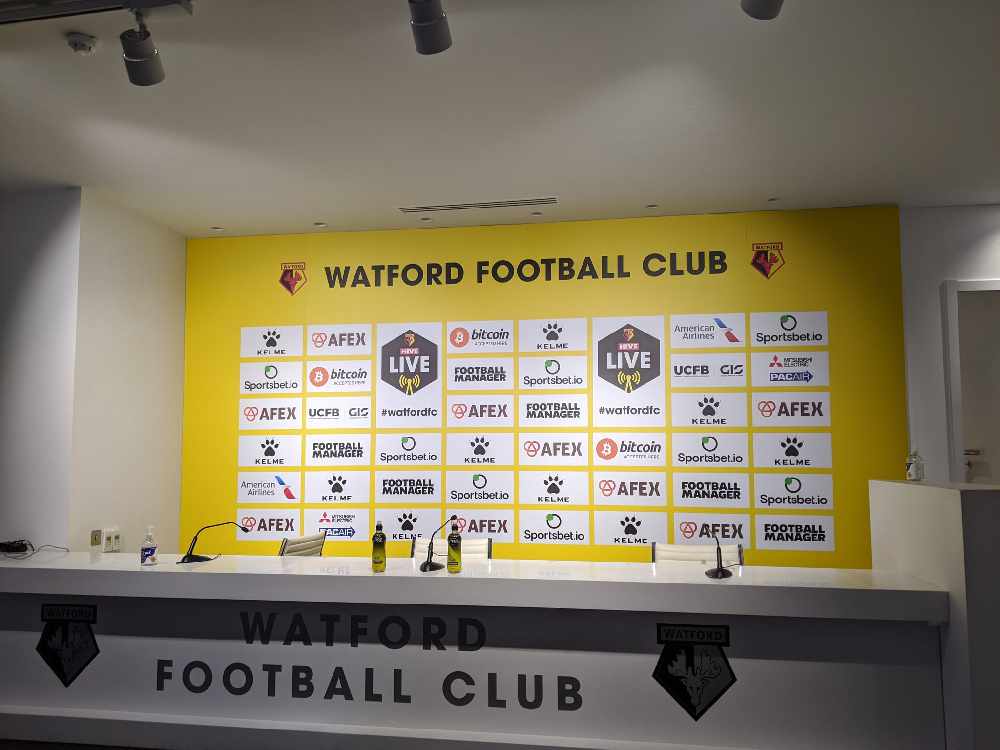 Watford manager Xisco Munoz praised his side as they beat Huddersfield Town 2-0 on the fourth anniversary of Graham Taylor’s passing.

Second half goals from Tom Cleverley and Joao Pedro saw the Hornets climb to fifth in the Championship standings. Huddersfield boss Carlos Corberan was disappointed with the performance.

Pedro had the first chance of the match. The Hornets forward tested Huddersfield goalkeeper Ryan Schofield. The young Englishman dealt well with a goal-bound half volley in the 10th minute.

A quiet opening half an hour was concluded with a Troy Deeney yellow card in the 30th minute. The Golden Boys Captain was booked for a rash challenge on Terriers midfielder Juninho Bacuna.

Ismaila Sarr concluded the first half with the game’s fourth shot. The Watford forward curled the ball towards the bottom right corner from ten yards out in the 43rd minute. Another smart Schofield save resulted in a goalless 45 minutes in Hertfordshire.

Watford’s Cleverley broke the deadlock in the 54th minute. The Hornets midfielder fired the hosts in front as he pressed Schofield into a mistake from a clumsy Huddersfield back pass.

The Hornets doubled their lead in the 64th minute. Pedro connected well with a low Femenia cross into the box and tapped home for a well worked Watford second.

Garner almost made an instant impact from off the bench. The Hornets midfielder went for power as he fired over the bar in the 82nd minute.

A game of two halves, Watford secured an important three points as they continue to chase the top four. Huddersfield dropped to 14th in the Championship.

"The first half was difficult and in the second half we had more chances.

"Tom Cleverley is a perfect player and exactly what we need.

"Today's result meant a lot for everyone on the fourth anniversary of Graham Taylor's passing.

"I am happy with my players. We will see what happens in the transfer window.

"Daniel Bachmann is a perfect goalkeeper. I have good luck because I have so many players in a perfect position to play. I am happy that Daniel played well.

"Today we played one first eleven and the next game we'll play another eleven. I have a large squad ready to play and it's excellent for us."

"With the quality that we have, we knew we were going to score. It was all about keeping a clean sheet. It was an important win and our goal is to go back to the Premier League.

"I want to thank the manager for the opportunities he's giving to me and I'll keep giving the team my support.

"We are really happy with the new manager. The training sessions are fun and really entertaining. The previous manager was different.  Xisco has totally lifted the mood. He is a fun person and is really close to all of us."

"We wanted to try and draw them out to create counter-attacks but unfortunately there was an error for the goal.

"It's hard to win games if you give away goals.

"Vallejo and Schofield were both involved in the action and any mistake is going to have a high impact."