Where You Are [Ft] Willow

Watford vs Cardiff City Preview: Watford to Welcome Back Supporters in Style? 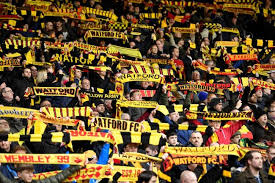 Vladimir Ivic will be hoping Watford's near perfect home form can continue as they host a Cardiff side fresh off back-to-back home wins of their own.

Craig Cathcart may be unavailable following his hamstring injury in the midweek draw at Nottingham Forest, and Nathaniel Chalobah's fifth yellow card also rules him out of contention. Although Tom Cleverley didn't feature in that game, he was among the substitutes and I wouldn't be surprised to see him get some minutes, especially with Ivic one midfielder down. As for Will Hughes, it is believed that he is edging nearer to a return, and with 5 substitutes available for the Head Coach, he may get a run out. Kiko Femenia is expected to miss out, following the birth of his second child.

There is concern from Watford fans regarding their form on the road, but that hasn't seemed to have any impact on the performances at Vicarage Road. Chris Mepham's late equaliser for Bournemouth resulted in the only blot on their otherwise impeccable home run since relegation, and the goals have flowed at a rate you'd expect from this Watford side, unlike on their travels.  Depending on Norwich's result against Sheffield Wednesday we could see Deeney and Co. sitting proudly at top spot after the game, but with the competitive nature of this league, they could also fall to as low as 8th.

Neil Harris took charge of Cardiff last season following Neil Warnock's 3 year tenure with the Bluebirds, and recently celebrated a year at the helm. Despite guiding the Welsh club to the Play-Offs last time out, it was ultimately without reward as they fell short to eventual winners Fulham. They entered the new season, like Watford, as firm candidates for automatic promotion, and it hasn't quite worked out that way yet.  They haven't hit form, but haven't really had a lengthy winless period either. Having won their past 2 games 4-0 and 3-0 respectively, things appear to be on the up in the Welsh Capital. They haven't enjoyed a win in England since mid-October however, and will surely see this as only a small chance of breaking their duck. In terms of team news, Striker Kieffer Moore is fit and firing, netting twice in midweek and once against Luton last weekend, whilst Liverpool loanees Sheyi Ojo and Harry Wilson have also hit form. They don't have many injury woes to speak of, and none since their last game, but will be boosted by the return (or perhaps arrival) of Filip Benkovic who is yet to feature since his loan move from Leicester. Greg Cunningham may also be on the bench having recovered from a hamstring injury.

Neil Harris deploys his squad in a 4-4-2, often rotating Moore's strike partner. The wide players act as wingers, Joe Ralls in central midfield is key to their build-up play and the second striker is often slightly wider than Moore, playing off the Welsh International.

Watford's ties against Cardiff in the Premier League were goalfests in 2018/19. The first, an impressive 3-2 win where the scoreline didn't truly reflect Watford's dominance. Domingos Quina scored his first Premier League goal in style, but both Jose Holebas and Gerard Deulofeu's goals were just as easy on the eye.

The match at the Millennium was an even prettier sight for the travelling Watfordians. A 5-1 drubbing which saw Gerard Deulofeu score the first Watford hattrick in the Premier League, at a time where everything seemed to be going right at the club. Bizarrely, in both ties Cardiff managed to score in the 82th minute, so hopefully the yellow backline will be more cautious with 8 minutes left on the clock this time.

The last two Watford victories in this meeting in the Second Tier have fallen on the 28th December (2010 and 2014). Adlene Guedioura hit the target twice in a 4-2 away win.

Granted, he wasn't at his best in midweek, but Troy Deeney showed he is more than capable of leading his side to victory when Watford thumped Preston, and with the fans singing his name for the first time this season, he'll feed off of the support that saw him score and assist against the World Champions in February.

An absolute no brainer. "Kieffer Moore for Ballon D'or" may be tongue in cheek from the Cardiff faithful, but there's no denying his impact since joining from Wigan. If Cardiff score, it'll be Moore.

I don't want to put blind faith in Watford's home form, and we're bound to lose eventually at Vicarage Road, but I can't see it being this week. I do think it'll be a score draw though.

Televised?: No, but available as usual on HiveLive and iFollow.