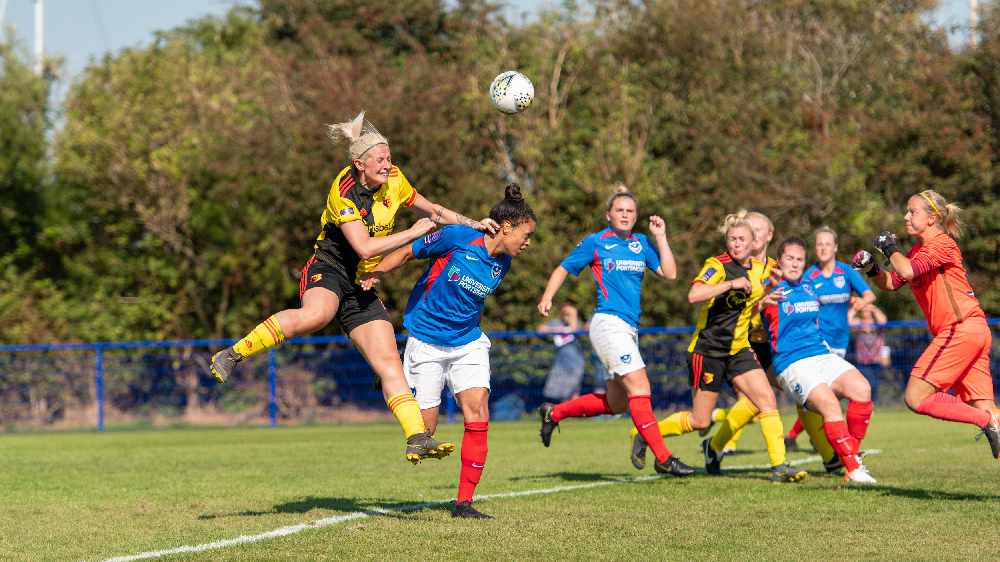 The Golden Girls were unable to get the better of Portsmouth Women away in the FA Women's National League Cup.

It was a cup tie that went down to the wire, as Portsmouth required extra time to get their goals. Tamsin de Bunsen and Rebecca Bath were the goal scorers who ensured the hosts progressed to the next round.

This leaves the Hornets competing in the FA Women’s National League Plate. Which is another chance for silverware.

Head Coach Armand Kavaja decided to make seven changes to the team that beat Portsmouth 2-0 in the League a week earlier.

Watford’s Katie O’Leary had the ball in the back of the net in the 30th minute but the linesman’s flag was raised for offside. The Hornets finished the first half on the front foot with Leanne Bell forcing a good save from the Portsmouth keeper.

The second half was dominated by the home side, including a good chance for Katie James who found space but couldn’t get her strike on target.

Watford’s defender Vyse was crucial in helping her team not concede before full time, making key tackles and clearance headers.

Heading into extra time, it didn’t take long for Pompey to take the lead, de Bunsen making up for an earlier missed chance in the 93rd minute.

Portsmouth continued on the front foot and shortly after, in the 97th minute, a strike that was deflected onto the bar by Watford’s keeper was ruled over the line by officials.

Watford Ladies will be hoping to bounce back from defeat, when the play Oxford United Ladies at home in the league on Sunday.