"They didn’t just do what was in the job description, they always went above and beyond": Local family raise money for Harefield Hospital 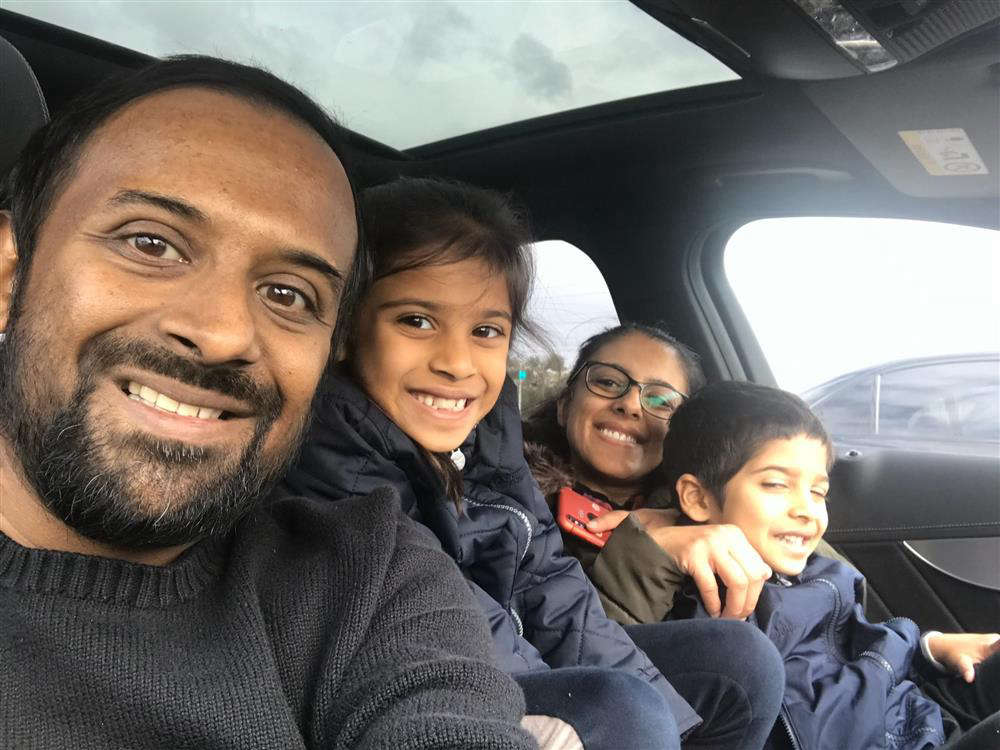 In loving memory of her husband, Binita Parshotam-Bhatt and her family are ‘giving something back’ to the Hillingdon based hospital that made every effort to keep Tush alive.

With a tremendous £9000 already raised for the Royal Brompton and Harefield Hospitals Charity, Binita explained how the fundraiser was set up to raise as much money as possible, to allow the Hospital to deliver its incredible service to other families in need:

“It is not for us anymore; it is for the next people that are going through something huge that need the support, it is for the Hospital to deliver what they are doing”.

From the moment that Tush was transferred to the Hospital for an emergency heart operation in March 2019, up until the point of his passing just over a month ago, the team provided unconditional support for the whole family.

“The consultants, the nurses, the catering staff, the physiotherapy team, they would all come in, they would check in on all of us”, says Binita.

“Sometimes they were not even working, it was the end of their shift, they would go into Tush’s room and sit down and have a chat because they felt like saying hi!”

“They would keep an eye on the kids, they would play with them and give them biscuits and ice cream from the kitchen. One nurse even brought in Kinder eggs on her way into work, because she knew that the kids were going to be at the Hospital”.

In particular, the mechanical circulatory team “jumped through hoops” to support Tush throughout his dialysis, despite being short staffed.

Every so often, a nurse would come in on their day off to take Tush to Lister hospital in Stevenage to get his dialysis.

Although living with a Total Artificial Heart was a challenge for Tush, carrying a hefty 8kg mechanical heart on his back, Binita also points out how giving up was never an option for Tush.

From climbing two flights of stairs every night to tuck his children into bed, to working a demanding job as an IT professional from hospital, Tush saw life as a gift, and he was more than determined to embrace its challenges! 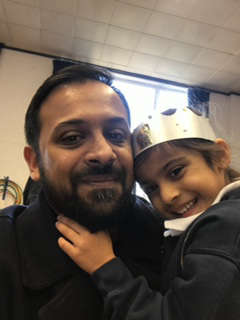 Towards the end of our conversation, Binita emphasised her gratitude towards the team at Harefield.

“It’s been a hell of a three years and Harefield hospital have given me a husband and my kids a dad for three more years. They took what we had and what we were and protected it”.

The Royal Brompton and Harefield Hospitals Charity is the only NHS trust that offers a total artificial heart programme.

Harefield hospital is the only specialist heart and lung centre in the UK, alongside the Royal Brompton hospital in Chelsea, to attend to both adults and children.

With five operating rooms and four catheter laboratories, Harefield hospital has performed several of the most difficult heart and lung procedures in the world.

To donate to the charity and to help beat heart and lung disease, in memory of Tush, click the link below: