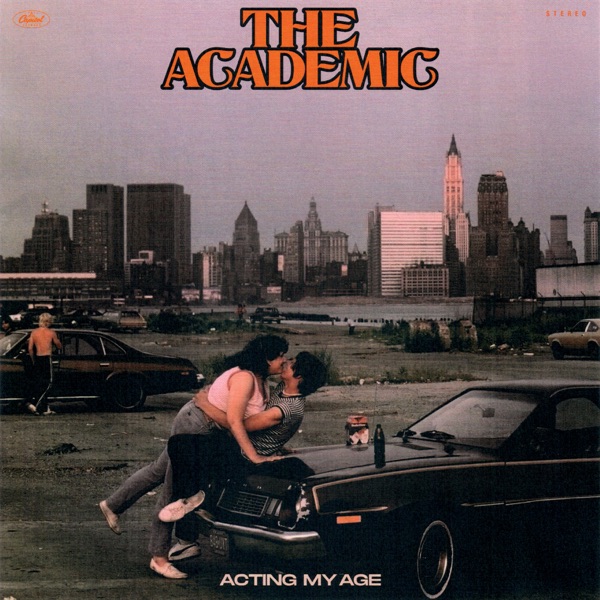 The Big Screen is back in Watford!

The Big Screen – Watford’s own outdoor cinema – will return for a second year to The Parade by the pond from Thursday 20th August to Sunday 23rd August.

Last year, the outdoor screen attracted hundreds to The Parade by the pond and this time it’s 30% bigger and the sound is even better. Bring a blanket and a picnic or pick up some hot dogs, ice cream and (of course!) popcorn there.

The Big Screen movie marathon will kick off with a screening of the 1952 classic Singing in the Rain on Throwback Thursday. Then there’s The Goonies and Ghostbusters on Eighties Friday, three blockbusters including Gravity on Smash Hit Saturday, and The Little Mermaid and Romeo + Juliet on Sing-a-long Sunday.

Elected Mayor of Watford Dorothy Thornhill said: “One of my priorities is reclaiming our town centre for everyone; and the Big Beach really did bring the community together – young and old. I am hoping to see as many people turn out for the Big Screen – residents have told me how much they loved it last year, so fingers crossed for sunshine, even during Singing in the Rain! Do come along, bring something soft to sit on, and make use of the fantastic restaurants, bars and cafes in the town centre as part of your visit.”

The Big Screen's film listings are:

8.00pm - Singing in the Rain (1952) (U)
1927: Don Lockwood and Lina Lamont are the darlings of the silent silver screen. Offscreen, Don, aided by his happy-go-lucky friend and piano accompanist, Cosmo Brown, has to dodge Lina's romantic overtures, especially when he falls for chorus girl Kathy Selden. With the advent of sound in motion pictures, it is decided to turn Don and Lina's new film into a "talkie" and a musical at that. The only problem is Lina's voice, which mere words cannot describe. Thus, Kathy is brought on to dub her speaking and singing voice in secret, and Don's on top of the world. But then Lina finds out...

5.30pm - The Goonies (1985) (PG)
Mikey and Brandon Walsh are brothers whose family is preparing to move because developers want to build a golf course in the place of their neighbourhood - unless enough money is raised to stop the construction of the golf course, and that's quite doubtful. But when Mikey stumbles upon a treasure map of the famed "One-Eyed" Willy's hidden fortune, Mikey, Brandon, and their friends Lawrence "Chunk" Cohen, Clark "Mouth" Devereaux, Andrea "Andy" Carmichael, Stefanie "Stef" Steinbrenner, and Richard "Data" Wang, calling themselves The Goonies, set out on a quest to find the treasure in hopes of saving their neighbourhood. 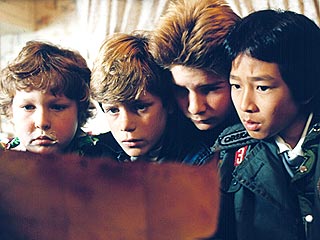 8.00pm - Ghostbusters (1984) (PG)
Three odd-ball scientists get kicked out of their cushy positions at a university in New York City where they studied the occult. They decide to set up shop in an old firehouse and become Ghostbusters, trapping pesky ghosts, spirits, haunts, and poltergeists for money. They wise-crack their way through the city, and stumble upon a gateway to another dimension, one which will release untold evil upon the city. The Ghostbusters are called on to save the Big Apple.

3.00pm - Shaun the Sheep the Movie (2015) (U)
When Shaun decides to take the day off and have some fun, he gets a little more action than he bargained for. A mix up with the Farmer, a caravan and a very steep hill lead them all to the Big City and it's up to Shaun and the flock to return everyone safely to the green grass of home.

5.30pm - Dirty Dancing (1987) is the winner of the People's Choice contest.  The 1987 romantic hit beat off competition from Avengers Assemble, Casablanca and Bill & Ted's Excellent Adventure to win our public vote so get ready to have the time of your life!! 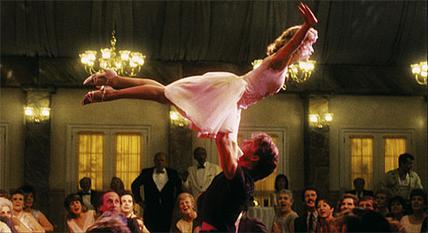 8.00pm - Gravity (2013) (12)
Dr. Ryan Stone (Sandra Bullock) is a brilliant medical engineer on her first shuttle mission, with veteran astronaut Matt Kowalski (George Clooney) in command of his last flight before retiring. But on a seemingly routine spacewalk, disaster strikes. The shuttle is destroyed, leaving Stone and Kowalski completely alone - tethered to nothing but each other and spiralling out into the blackness.

3.00pm - The Little Mermaid (1989) (U)
Ariel, youngest daughter of King Triton, is dissatisfied with life in the sea. She longs to be with the humans above the surface, and is often caught in arguments with her father over those "barbaric fish-eaters". She goes to meet Ursula, the Sea Witch, to strike a deal, but Ursula has bigger plans for this mermaid and her father.

5.30pm - Baz Luhrmann’s Romeo and Juliet (1996) (12)
Classic story of Romeo and Juliet, set in a modern-day city of VeronaBeach. The Montagues and Capulets are two feuding families, whose children meet and fall in love. They have to hide their love from the world because they know that their parents will not allow them to be together.

With such a great choice of films, make sure you come down to The Big Screen, part of Watford's Big Event series - no booking is required! No seating is provided but please do bring along your own rugs and cushions.  Special arrangements will be made for those requiring seating (limited availability).

Food can be consumed on site, but please do take your litter home with you and no glass is allowed.  Alcoholic drinks can be purchased from local bars and taken onto The Parade in a plastic glass.

All children under the age of 12 must be accompanied by an adult.