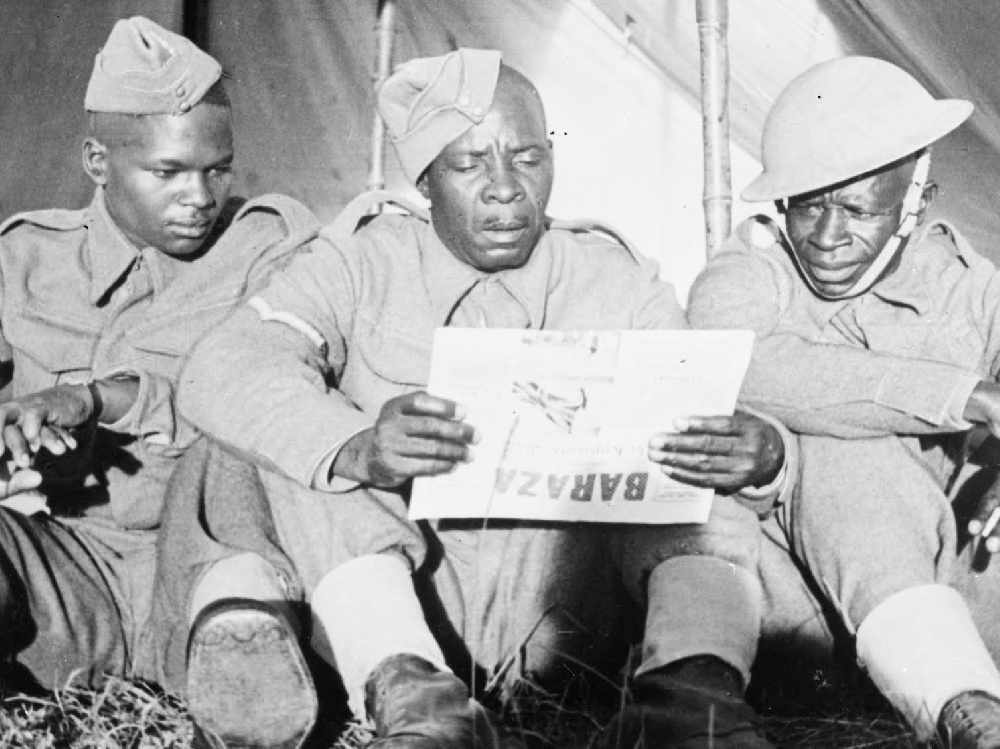 Learning Through the Arts (LTTA) in collaboration with St Albans Cathedral, has launched an exhibition honouring the forgotten African Colonial soldiers of the Second World War.

The new presentation offers a deeper understanding into their ‘contributions and sacrifices,’ on behalf of the British Empire. It is seen ‘through the perspective of the Royal West African Frontier Force (RWAFF).’ The project was set up to mark Black History Month 2020 – a yearly event celebrating accomplishments of the black community throughout history.

Visitors can view photos ‘highlighting’ the untold ‘stories’ of these African soldiers. Each image is accompanied by a caption which explains what is depicted. The display has been installed within the cathedral’s North Transept, and is positioned next to a prayer installation in support of the Black Lives Matter movement.

More than half-a-million African troops served with the British Army either as combatants or non-combatants. They were involved in campaigns within the Horn of Africa, Middle East, Italy, France and Burma. Furthermore, this was the greatest ‘single movement of African men overseas’ after the slave trade. The Commonwealth Graves Commission estimates 2642 individuals died, whilst ‘serving with the King’s African Rifles’ in both world wars. Furthermore, 1055 soldiers deployed with the East African Military Labour Corps were killed in World War II.

“We are delighted to be hosting this exhibition bringing to light a forgotten but hugely important aspect of our shared history. It is a timely reminder that black lives matter, not least of those who were prepared to make the ultimate sacrifice fighting in a common cause for freedom.”

The project was devised by LTTA, ‘a social enterprise’ that works with communities to encourage ‘learning, creativity and skills development through the Arts.’ Their aim is to enhance ‘a culture of life-long learning.’ The organisation seeks ‘to develop’ creative talent by offering training, workshops and using ‘creative arts’ as ‘the medium of instruction.’