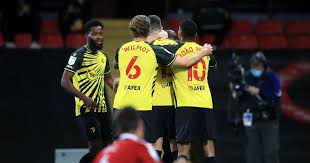 In arguably the pick of this weekend's Championship ties, Watford visit Sheffield Wednesday hoping to continue a bright start under Vladimir Ivić. Wednesday will have similar optimism despite their league position, as they fight to reduce their points deficit on the rest of the league. 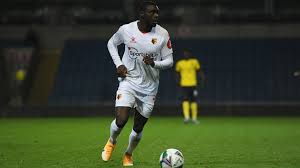 Watford, like Sheffield Wednesday, enter the game with victories under their belt in both the League and the Cup. They must deal with the loss of Pervis Estupiñán to Villarreal and Marc Navarro to an injury as their wing-back woes continue to mount. Tuesday's goalscorer Ken Sema will hope to continue his contributions, assisting last week against Middlesbrough, but as Head Coach Ivić proved with his selection last week, it may be wise to hedge your bets for the away side's XI.

Our Lineup and Who's Out?

As with the games against Oxford and Boro, The Hornets will likely appear in the familiar back three. Don't expect changes to personnel in defence, either, with speculation surrounding Craig Dawson (who is under consideration by Ivić), and the starting Centre-Halves last Friday looking a cut above Ivić alternatives. Kiko Femenía may be retained also at Left Wing Back, and Jeremy Ngakia appears front runner for the spot on the other side.

The arrival of Manchester United youngster James Garner will provide even more competition to the midfield. The 19 year old, who is defensive minded and a strong passer, is available for selection despite his recent arrival. Nathaniel Chalobah's tactical withdrawal from the game against Oxford at half-time may confirm that he will be starting again today. Dan Phillips was lively yet again in midfield. The Academy Graduate is showing great potential and leaves the Head Coach with more to consider.

As Diogo Jota joins Liverpool, the Reds' pursuit of Ismaïla Sarr appears to have ended. The Senegalese Winger is also in contention for a starting place, having trained this week, and travelled with the squad. Luis Suárez however does have potential suitors, with nothing concrete yet being reported. He appears likely to sit out due to a lack of fitness, but don't be surprised if you see the Colombian lead the attack. João Pedro impressed yet again, and Stipe Perica had a strong debut, so they will also provide Ivić with a wealth of attacking variety.

The list of absentees are as follows (this may not be the full list, only the players mentioned as currently unavailable.)

Troy Deeney (Expected back in 1-2 weeks)

Do not let the table deceive you. With Sheffield Wednesday's Championship status under some threat after a 12-point deduction, Garry Monk's Owls did not show fear on the pitch in their victories, twice in the League Cup, combined with an impressive win over promotion hopefuls Cardiff City. This has led to fans looking higher than a relegation dogfight despite their disadvantage, and, to be fair, you can't blame them.

Jordan Rhodes has his shooting boots on, netting last weekend, as does new signing Josh Windass, who will hope a partnership with the former can generate more than his 3 goals accumulated on loan at Hillsborough last term. There are other options too. Elias Kachunga, signed from Huddersfield in this window, nodded home a thumping header in midweek and appears a threat in the air for the home side.

Against Cardiff, they had just 39% possession, allowing the Bluebirds to play around them whilst they defended with discipline. Windass' finish was confident and clinical, and Rhodes guided the ball in for his from a few yards out. Rochdale away was in a contrasting style; with far more opportunities to keep the ball, they appeared equally comfortable, but unlike Cardiff, scored the goals needed to get the win (after 25 attempts).

Monk has far more selection options than Warnock last week. He nearly has a full compliment of players, apart from a couple of long-term absentees. There is strength in depth, and Wednesday will likely retain their 3 at the back shape, with wingbacks crossing in towards Rhodes and Windass.

Having both left Manchester City last season, Tom Dele Bashiru and his brother Fisayo may face off for the first time tomorrow. The younger brother was a bright spark in the cup, resulting in many on the blue side of Sheffield to hope he plays a role today. He will be unlikely to unseat Bannan, Luongo or former Luton Loanee Isaiah Brown though, who have all excelled thus far for Wednesday.

Expect a similar side to last week's victory in Wales, aside from the possible change of Matthew Penney, for Liam Palmer on the left side.

Watford fans will not want to be reminded of the last meeting between these two sides. A late winner from Atdhe Nuhiu denied promoted Watford from clinching the Championship Title on the final day. 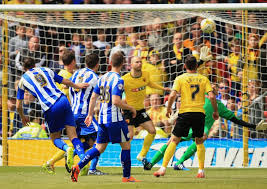 The last game at Hillsborough will be a better memory for Hornets fans. A 3-0 victory, with goals from Odion Ighalo, Almen Abdi and Vydra sealing the three points for a Watford side who found themselves at the top of the table.

Sheffield Wednesday's last win against Watford was in December 2013. A Connor Wickham goal separated the two sides in a game which saw Watford rotate, giving starts to Jonathan Bond and a young Héctor Bellerín.

Unsurprisingly, this will be Vladimir Ivić's first game against Sheffield Wednesday. But Garry Monk has faced Watford as a Head Coach, in Watford's first win of their 5 year stint in the Premier League, against Swansea. Odion Ighalo scored the winner.

Previously, Garry Monk had lined up in defence against Watford for the Swans, losing 2-0 and 3-2 at Vicarage Road.

I was contemplating going with the on-form Windass, but Captain Barry Bannan can change the game with a pass. The 30 year old Scot hasn't always been an Owls' fan favourite, but his capabilities in creating chances and springing an attack is what makes Wednesday tick. The midfield is crucial to this fixture. Talent is apparent on both sides, but Watford will need to nullify the creativity of Bannan and Isaiah Brown, similarly to how George Saville was dealt with, but to a far more important extent. The game isn't completely won in the midfield, but if the likes of Chalobah, Cleverley or Quina don't show up in Sheffield, the game is Wednesday's to lose.

I'm going out on a limb here. It is unknown at the time of writing if Sarr will even play a part in the game, and in which case I would suggest João Pedro is the one to look out for. But if, and this is a big if, Ismaïla Sarr starts for Watford, he could cause considerable damage on the right side of the attack. Watford fans will know better than anyone of Sarr's ability, but the Championship won't be easy to adapt to. Regardless, a player of his talent will surely cause some headaches for the home side, and some very tired legs too.

I want to be optimistic and say Watford will win this game, and I would love to be pleasantly surprised, but I think a draw is fair, especially given the strong form from both sides going into the fixture.

Televised? No, but available on Watford's Hive Live Service (£10 in the U.K.)