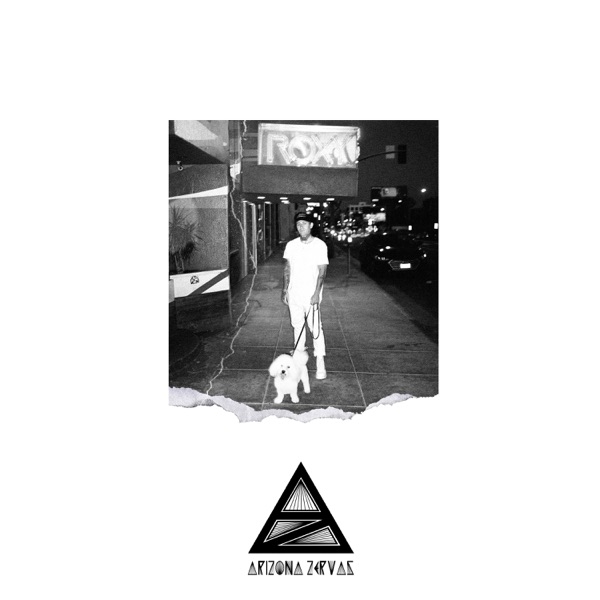 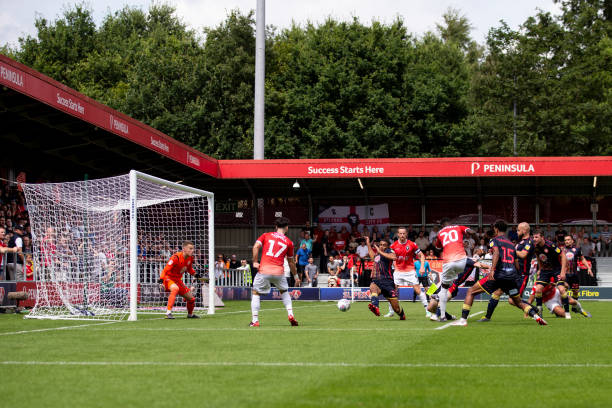 Our local football teams were in action at the weekend. How did they get on?

Stevenage suffered a 2-0 loss to League Two debutants Salford City on the opening day of the season, after two goals from Emmanuel Dieseruvwe separated the sides.

Salford went into the break in the lead, and then doubled their lead not long after half time, as the striker got his second, smashing a shot past Farman.

A disappointing performance meant chances were at a premium for Stevenage. Chris Stokes came close when his header hit the post, but they never found a way back.

Dino Maamira thanked the travelling fans after the game, also saying “We are very disappointed we didn’t give them the result or performance they were looking for.”

Dino Maamira will certainly be demanding an improved performance from his side when they face Exeter City at home on Saturday. 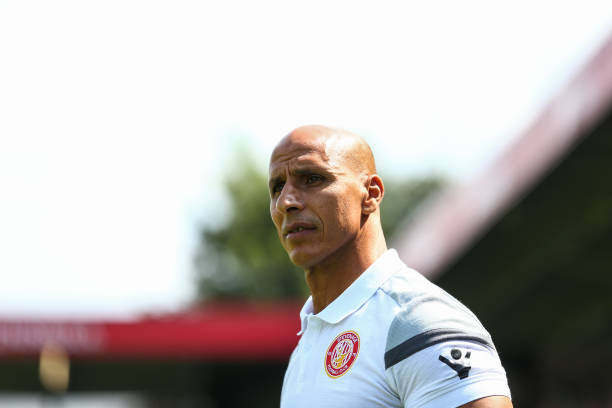 Borehamwood saw red in their opening game of the National league and suffered a 2-1 defeat away to Torquay United.

Borehamwood left it late to get back into the game, with Tyrone Marsh grabbing a goal in the 90th minute against his old side.

Borehamwood will be hoping to secure their first points against Wrexham in front of the home fans at Meadow Park, tomorrow evening. 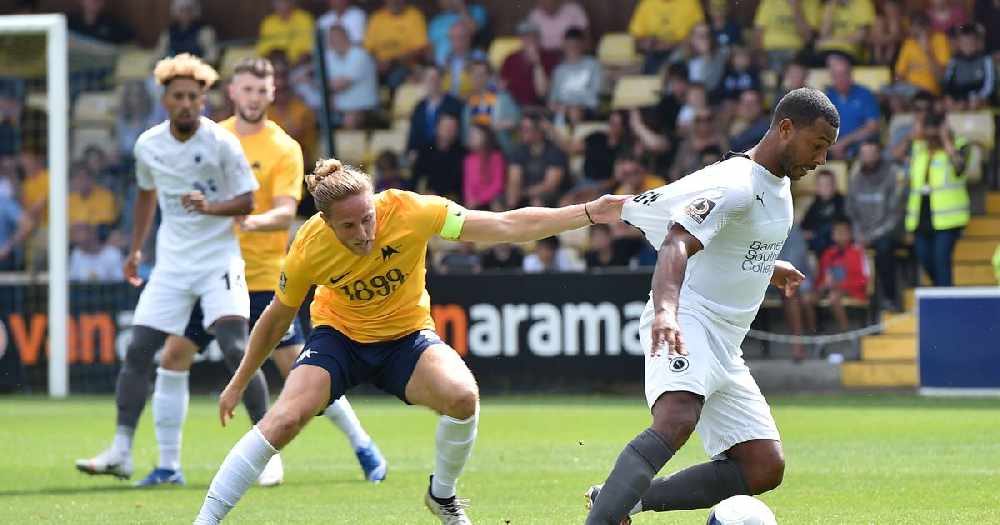 Hemel Hempstead kicked off their National League South campaign with an emphatic 4-1 win at home against Hungerford Town.

Sammy Moore’s new look side gave the crowd lots to cheer about, starting on the 23rd minute when the Tudors took the lead through Liam Nash.

Hungerford Town levelled, scoring against the run of play when a corner was headed home. However, minutes after Ricardo German made it 2-1 heading into half time, who also suffered an injury forcing Moore into making a substitution at the break.

After the break Hemel made no mistakes and managed two more goals through Isaac Galliford and Liam Nash to secure the three points.

Sammy Moore will be hoping for another ruthless performance from his team, who are away to Dorking Wanderers tomorrow evening. 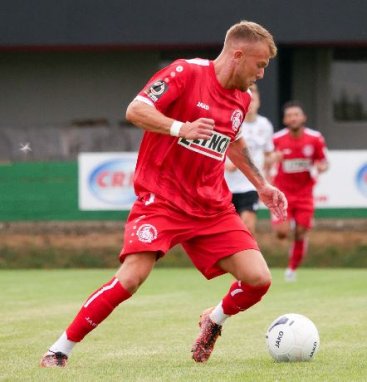 St Albans City shared the points in a 0-0 draw at home against Chippenham Town in their National League South opener.

Both sides had chances to score in the first half, with the away side having the better chance to take the lead through Hopper, who put a diving header wide before the break.

It took until the 70th minute in the second half for a shot on goal, when City’s Darren Foxley effort was saved.

Foxley had the last effort on goal in the game after being set up by substitute Adu, but could only manage to send an effort wide.

Manager Ian Allinson will be hoping for goals when his side face Dartford FC away tomorrow evening. 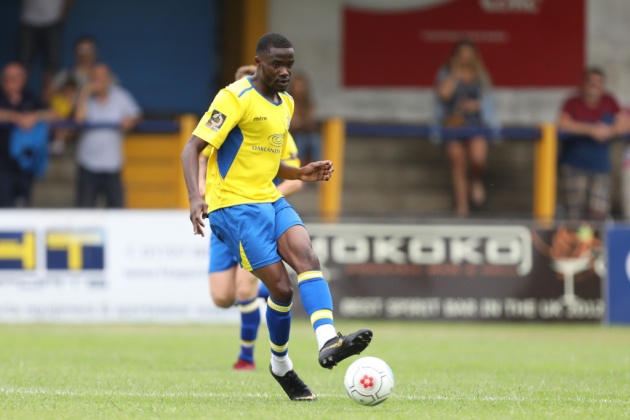 Two goals from Ross Lafayette, a second half bullet header from defender Connor Stevens and an own goal by Dartford’s Ben Greenhalgh, meant Wealdstone dominated throughout.

Dartford were able to draw level just before half time, as Josh Hill got on the end of a corner, heading past Wealdstone’s loanee goalkeeper Aston Oxborough.

Manager Dean Brennan will be hoping for more of the same when they travel to Champion Hill to face Dulwich Hamlet tomorrow evening. 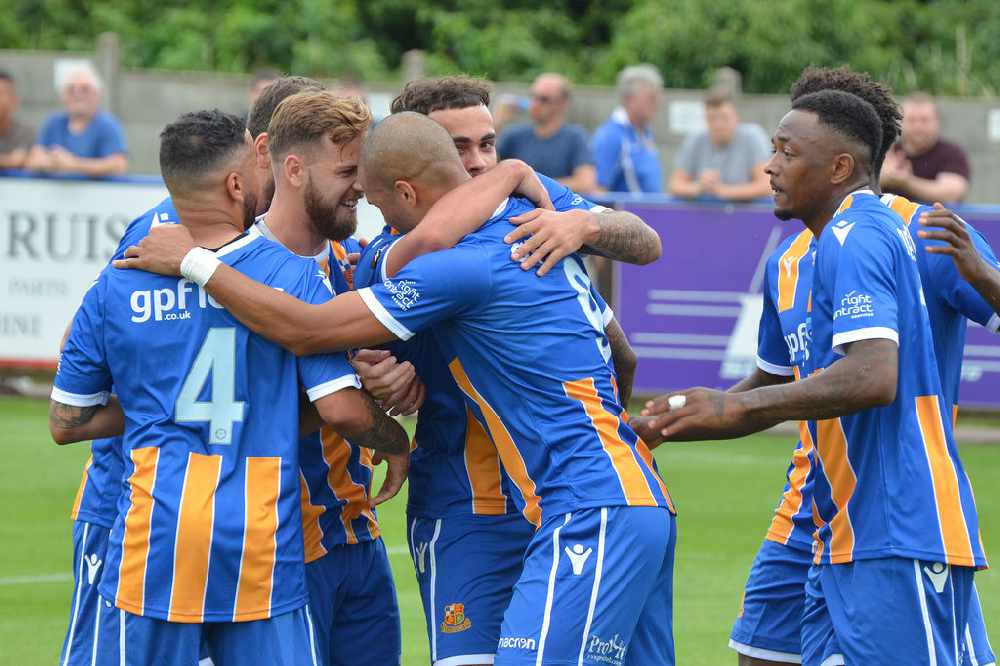