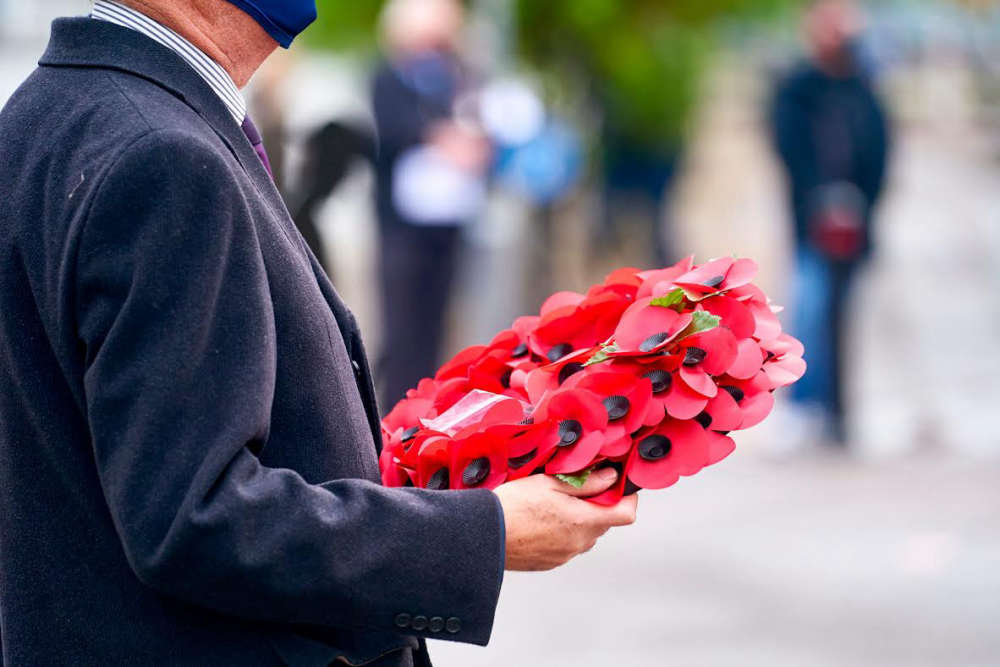 This weekend the nation will unite on Remembrance Sunday (14 November) in honouring Britain's war dead.

The day is an opportunity to commemorate the service and sacrifice of the Armed Forces, their families and the Commonwealth.

Last year, many public events throughout the UK were cancelled due to coronavirus restrictions.

A number of commemorations are now set to take place in South West Hertfordshire this weekend – with some organisers recommending people follow Covid-19 measures (check online for details about each event's safety procedures and guidelines).

Here is a list of parades and services happening across the area to mark Remembrance Sunday:

A parade will run from Garston TV & Radio Service electrical shop, and proceed along the High Street to St Lawrence Church.

Attendees are advised to meet at 10:50am, next to the War Memorial in the churchyard.

The parade is followed by a service in St Lawrence Church at 11:15am.

Two services are due to take place within the Aldenham Parish this Sunday:

Letchmore Heath War Memorial – starting at 10:30am, the event will be attended by Councillor Caroline Clapper, Deputy Leader of Hertsmere Borough Council and Deputy Lord-Lieutenant of Hertfordshire, Kate Holland-Hibbert.

Radlett War Memorial, at the bottom of Shenley Hill where it meets Watling Street – again this commences at 10:30am.

As a precaution, Aldenham Parish Council are advising attendees to try and keep their distance from others they do not usually meet.

They are also asking people not to attend a service if they have Covid symptoms, and take a lateral flow test (testing kits are available from the council offices).

The Borehamwood branch of the Royal British Legion has organised an event by the War Memorial on Shenley Road.

Councillor Richard Butler and Councillor Farida Turner, Mayor of Elstree and Borehamwood will attend the commemoration.

An act of Remembrance will take place by Holy Trinity Church War Memorial at 11am.

There will be a Remembrance service, followed by laying of wreaths, on The Green at the War Memorial from 2pm.

The Hemel Hempstead Remembrance Sunday Parade will take place from 10:15am to 12pm.

The march begins in the town centre at 10:30am and concludes by the War Memorial in St John’s Church, Boxmoor – where wreaths will be laid. A church service then follows afterwards.

The event has been organised by Dacorum Borough Council and the Royal British Legion.

Meet at Leavesden War Memorial from 10:30am to 10:40am, for a small community service and wreath laying.

A two-minute silence will commence at 11am.

This year’s Remembrance Sunday service will be held at Oxhey Village Green Memorial at 2:15pm.

The Rickmansworth Town Remembrance service will take place at 2:30 pm in St Mary's Church near the War Memorial.

The Mayor of St Albans City and District, Councillor Edgar Hill, will lead a Remembrance Day parade and service at 10:30 am.

He will be joined at the event by councillors and leaders of local faith groups to remember the country’s war dead.

Members of the Royal British Legion are set to gather with the Mayor for the start of the parade in the city centre, near Marks & Spencer.

The procession will then move towards the War Memorial near St Peter’s Church, where the service begins at 10:50am.

Wreaths will be laid by the Mayor, The Vice Lord-Lieutenant, Richard Beazley, along with representatives of the Police, the Fire and Rescue and Ambulance Services.

The Royal British Legion and other organisations will lay wreaths by Watford’s War Memorial outside the Town Hall at 3pm, in a Civic Service of Remembrance.

There will be a two-minute’s silence as well as a reading by Elected Mayor of Watford, Peter Taylor, and Chairman of the Council, Councillor Bilqees Mauthoor.

The service will also be attended by the Vice-Chairman and the Lord Lieutenant of Hertfordshire.

Watford residents are invited to participate in the ceremony and pay their respects.

The council has advised that those wishing to attend follow Covid-19 safety guidance by arriving in ample time to avoid congestion, take a rapid Covid test the day before, stay at home if they have symptoms and wear a face covering if with people they do not normally meet.