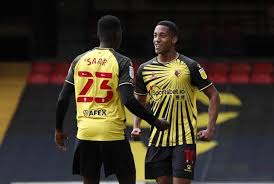 Watford will hope an injury-plagued Reading side will provide a lesser threat than in their three victories so far this season, but will the Hosts continue their perfect league form?

Vladimir Ivić's Watford side are on the up after a 1-0 derby victory over Luton Town but now face another side yet to taste defeat in the league this campaign. The Hornets were no doubt boosted by the return of the sought-after Senegal winger Ismaïla Sarr last weekend, and the Head Coach has confirmed that he remains fit to play at the Madejski Stadium. New signing William Troost-Ekong is also available, despite only recently signing from fellow Pozzo club Udinese. The Dutch-Born Nigeria International completes Vladimir Ivić's group of Centre-Backs, with the Serbian stressing in his Press Conference that he has no wish to add to that position, even if Burnley and West Ham target Craig Dawson is to depart.

A position that does require reinforcement is at Left Wing Back. Ivić has confirmed that he sees Ken Sema as his first choice for that role but hopes a backup can come in before the transfer deadline on the 15th of October. Ivić expects "2 more signings in 2 positions" by that date if there are no unexpected departures. The Hornets Head Coach has kept his cards close to his chest, not naming potential absentees for Saturday's tie other than Troy Deeney, who only trained on Thursday. 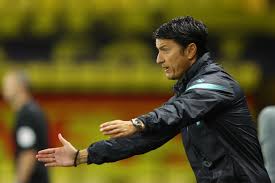 Head Coach Ivić confirmed there are players unavailable after last week's derby win, but did not provide names in his Press Conference.

Luis Suárez and Roberto Pereyra have left the club on permanent deals, to Granada and Udinese respectively.

Andre Gray (Expected back after the International Break)

Dan Phillips (match fit, but played on Friday for the Under 23's.)

Reading fans will no doubt be delighted with the start to their season. A tough managerial transition in the summer saw new Head Coach Veljko Paunović appointed before his predecessor Mark Bowen was even sacked, but the Royals appear unfazed, boasting maximum points from their opening three games and sitting top of the Championship table going into the fourth round of fixtures. They missed out on the loan signing of Atletico Madrid prospect Rodrigo Riquelme to Bournemouth, despite the Spaniard having a medical in London, but there remains some talent in the squad.

Captain Liam Moore describes the fixture against Watford as the "toughest yet" and this may be due to the injuries sustained by many of his Reading teammates. This season's Danger Man at the Madejski Stadium, Lucas João, has sustained a dislocated shoulder and faces a late fitness test. Paunović is also short of options at Right Back, as both Felipe Araruna and Andy Yiadom face a spell on the sidelines. Reading will be without playmaker John Swift for three months, but Yakou Méïté should be match fit after coming off with cramp in the win over Cardiff. 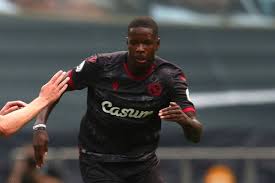 Lucas João has been vital to all of Reading's league games and will be a big miss if unready for the game against Watford.

No side has scored more from corners than Reading in this season's Championship, so Watford will hope the likes of William Troost-Ekong and Craig Cathcart can keep the Reading attackers at bay, and ensure a third successive league clean sheet.

Paunović has typically played a 4-2-3-1 formation so far at the club, and if João's is unavailable George Pușcaș will likely start up front. Don't be surprised if a 4-3-3 is preferred however, another formation used by the former Chicago Fire Head Coach so far.

This is the first match between Serbs Vladimir Ivić and Veljko Paunović as head coaches. However, they did make acquaintance as players for Serbia and Montenegro, playing together in the second half of a 1-1 draw with Northern Ireland.

Vicarage Road played host to a bizarre match back in 2008. With the game level at 0-0, a Reading attack led to a goal being given for the away side, despite the ball not going across the line, or anywhere near it. Now dubbed the "Ghost Goal" it is one of the most infamous goals in Championship history, and handed Reading a lucky point.

Although the two sides haven't been in the same league since 2015, they have played since Watford's promotion-winning season. Domingos Quina opened his Watford account with an outstanding 35-yard strike in the Carabao Cup to round off a dominant 2-0 win on the road.

The Royals' last win over Watford at home was a resounding 4-0 in 2009. Future Reading players Adrian Mariappa, Jobi McAnuff and Grzegorz Rasiak all featured for the Yellows in the defeat.

Whilst Swift or Joao would usually get the nod here if not for their injuries, you can take nothing away from Michael Olise. The 18 year-old winger has provided two assists and a goal in the league already, and was included in WhoScored's Team of the Month (alongside Watford's Threat) for September. Olise has burst onto the scene and will no doubt be a target for Top-Flight clubs if his form continues.

He needs little introduction to Watford fans, having endeared himself to the Hornets faithful already with his work rate going forward and back, his passing ability and defensive capabilities, but Jeremy Ngakia will certainly be one to watch in Saturday's fixture. Like Olise, he shows experience beyond his teenage years, and you can expect both wings to be full of activity.

Difficult to call this one. Reading have impressed me so far, but the lack of Jonathan Swift in midfield and potentially Lucas João in attack could be damaging, as their understudies don't possess the same quality. With only one goal conceded between the two teams, don't expect a high-scoring match. Watford need to start this one on the front foot and get a goal early, but I believe their defensive solidity will be enough to see off the Royals.

Televised? No, but available on Watford's Hive Live Service.

Are you looking for a fresh sports themed podcast that caters for the local community? Are you missing the good old fashioned opinions that make football so exciting? Vibe107.6 have you covered!

Listen, download, and enjoy the Sports Vibe podcast as your voice is echoed through South-west Hertfordshire's biggest and most local radio station.

Download and listen to the latest episode by clicking here.

You can also listen on Spotify and itunes.