QPR vs Watford Match Preview: A Bright Start Crucial for the Hosts 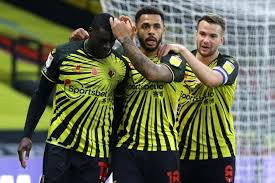 Although the two week international break was far from dull, it never promises quite as much entertainment as a weekend of Championship action.

Following two five-goal thrillers in two games prior to the break, Watford fans will likely agree with that statement more than anyone. But Vladimir Ivić is keen to see his side cut out the mistakes that have led to the goals conceded against both Stoke and Coventry. He'll no doubt be concerned that defenders Craig Cathcart and William Troost-Ekong, and Wing-Back Ken Sema could miss out as a result of their late returns to London Colney, but with the strength in depth boasted by the Hornets, and the introduction of five substitutes from the EFL, that shouldn't cause too much concern.

Ismaïla Sarr also featured for Senegal against Guinea-Bissau, and although it's been almost a week since his last game, Ivić would be forgiven for preferring the likes of Andre Gray, João Pedro and Troy Deeney, who have trained consistently with the squad since last Wednesday.

One player who definitely won't feature is Will Hughes. The midfielder was ruled out of the Coventry win with a knock, and it now appears the injury is worse than expected. The Hornets Head Coach sounded slightly nervous about him, stating that the scan results still hadn't come through, but there appeared to be some optimism that the 25 year-old will be back fairly soon (1-2 weeks). 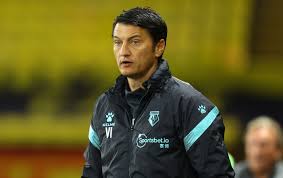 Despite some players returning from spells on the sidelines, Head Coach Vladimir Ivić still has injury concerns.

Stipe Perica (Back in 3-4 days, but unavailable for this weekend)

Adam Masina (Surprisingly, he will return to training in early December. Doubtful he'll feature until the New Year though.)

Those who recall Watford's previous encounters with Queens Park Rangers may remember their dominance, attacking quality and tendency to best the Hornets in this division. The Hoops even won the League Title at Vicarage Road, as former Golden Boy Tommy Smith netted in added time. Although they no longer boast World Beaters like Julio Cesar and Rio Ferdinand among their ranks, there is undoubtedly some very strong talent coming out of the London club. Eberechi Eze is an obvious example of their ability to generate stars; the now Crystal Palace playmaker earned his big move with his tricky dribbling, genius creativity, and an eye for the golden pass or shot at the end of it all.  QPR's talent didn't stop after Eze though, as seen in the rise of Bright Osayi-Samuel, a 22-year-old Nigerian-born left-winger who is fit to return to the R's starting XI. George Thomas and Luke Amos won't play a part, however, as they recuperate from their respective injuries.

Mark Warburton is the man in the dugout at the Kiyan Prince Foundation Stadium and is assisted by former Watford Captain John Eustace, who Warburton knows from his stint as Academy Coach at Vicarage Road. Pointless Fact of the Week (this will not be a weekly feature) Warburton's son also played for Watford, though only at the youth level.

The former Nottingham Forest and Brentford boss have been at the helm of the West London club since May 2019 and currently utilises his players in a 4-2-3-1, similarly to Watford in recent years. Lyndon Dykes is expected to lead the line, with Albert Adomah, Ilias Chair, the aforementioned Osayi-Samuel, and Tom Carroll all typical starters behind the Scot in attacking midfield. Carroll, a former Tottenham Midfielder, is from Watford and went to Parmiter's School.

There will be a difficult task facing whoever starts in attack for Watford. The Hosts' Goalkeeper Seny Dieng has arguably outperformed all others in his position this season since his September debut, and despite his club's status in 18th place, they could be a lot lower down if not for his shot-stopping.

The last competitive meeting between the sides was during Watford's FA Cup Final Run of 2018/19. Étienne Capoue scored the only goal, but ultimately it felt a little fortunate; QPR defender Toni Leistner incredibly missed the target from a yard out with only minutes left to play. Who knows what would have happened if he'd scored?

The two sides met in a pre-season friendly prior to Watford's relegation campaign. The game also ended 1-0 to the visitors, and once again it was Capoue who converted the sole goal.

There is no shortage of players who have appeared for both sides competing this afternoon. The previously mentioned Tommy Smith, "Iceman" Heiðar Helguson, Gavin Mahon, and Clarke Carlisle to name only a few have all donned both the yellow of Watford and the blue-white hoops of Queens Park Rangers.

Quite an easy one to be honest. Osayi-Samuel could have made the step up to the top-flight in the summer, but in the end, probably made the right decision in staying. He's the key man now on the left flank, a consistent starter and establishing himself as a serious talent despite his youth. Femenia (or Ngakia) may have to be wary of his attacking runs in behind given their own tendencies to push forward.

Watford have a wealth of attacking options, so I may find myself regretting this if his name isn't on the teamsheet, but Andre Gray seems to be more confident, quick, and mature than ever. Having spoken to the Media on Thursday, including me, he spoke with intellect and self-awareness, recognising where it went wrong in the Premier League, and more importantly, appearing hell-bent on reaching his potential. A fully fit fully motivated Andre Gray is more than just a handful for defenders. He's a nightmare.

Complacency may well kick in following back-to-back wins at Vicarage Road, but I can't see that happening. Vladimir Ivić has quite clearly instilled a strong-willed mentality in his players, and from his Press Conferences, he doesn't seem the type to wave away a game like this. QPR can absolutely perform better than their league position suggests, and it could be tight, but the visitors will edge this.