Preston North End vs Watford Preview: Hornets to Keep Up the Momentum? 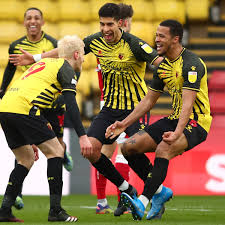 Following a dominant display against Bristol City on Saturday which saw the Hornets fire six past the Robins spirits are high at Vicarage Road. The only other time Watford scored more than three was at home to Tuesday night's opponents Preston, and Xisco Munoz will be keen for a repeat at Deepdale.

The 4-1 win in late November wasn't quite the springboard that Vladimir Ivic needed but now there's an opportunity to create a run of good form under his replacement. Watford are unbeaten in three away from home, look reinvigorated with the change to a 4-3-3 formation and, as hitting Bristol City for six may indicate, are confident in front of goal. Of course, we don't know for sure if that style and system will be retained for the midweek game, but questions will certainly be asked if there's a return to the old system that resulted in a lack of goals, difficulties in midfield and ultimately, poor results.

The Golden Boys are quite different from the last time they faced North End despite it being just 3 months since they last met. Goalscorer Domingos Quina is in the red and white of Granada and starter James Garner now plies his trade at the City Ground for Nottingham Forest. Their home form is still far superior to away however, but a win at Deepdale would extend their unbeaten run to four on their travels.

Troy Deeney missed out entirely on Saturday due to injury but was present to motivate his teammates from the sidelines. It was only a minor injury, so the captain may be back in the fold at Deepdale, but there's no news on that for now.

Preston North End, like Watford, ended a three game winless streak on the weekend, beating Lancashire rivals Blackburn on Friday night. Despite losing star players Ben Pearson and Ben Davies to Bournemouth and Liverpool respectively, they're undoubtedly a strong outfit and could spring a surprise. Inversely to Watford, North End are strongest on the road, but have the third worst home record in the division. Currently in 11th, but only a point away from 7th, Alex Neil's side aren't out of the play-off fight just yet, but need to string together a run of wins to break into the top 6.

Striker Ched Evans signed in January and has already impressed his new fans with his attacking movement, already finding the net against Rotherham. Ryan Ledson, an established Championship midfielder now, is the main source of creativity in the team and has a new midfield partner in former Doncaster player Ben Whiteman. Whiteman has filled Pearson's shoes effectively since his arrival and will be key to their pursuit of 6th.

Alex Neil is one of the longest serving managers in the Championship and is backed by the supporters, but any hint of stagnation and we could see them become frustrated. Improving their home form is vital, and a win against a recently relegated side like Watford would do wonders for their confidence. Neil had been setting up North End in a 4-2-3-1 but like Xisco Munoz has tweaked the system recently. Whether they continue with the winning formula of a 3-5-2 or revert back to the old approach is unclear for now, but without Patrick Bauer due to injury they are weaker in centre-half. 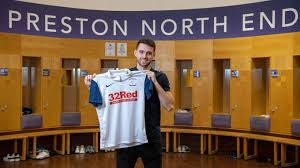 Ben Whiteman has been a successful addition to the Preston squad.

Prior to that game, Watford had a dismal head to head record in recent years against North End. To find the last Watford win against Preston before this season you'd have to look back to November 2009. Current vice-captain Tom Cleverley found the target alongside "Ice-Man" Heiðar Helguson. Craig Cathcart started for the Hornets that day, as did now-Bristol City players Adrian Mariappa and Henri Lansbury.

Watford's last win at Deepdale was over 40 years ago, all the way back in 1979. Preston are 13 games unbeaten at home against the Hornets since then.

Given Watford's attacking quality on display on the weekend they go into the midweek tie as firm favourites. Daniel Iversen has to do what Dan Bentley didn't, and prevent a high-scoring game. The midfield will be crucial to North End's gameplan but if Iversen is on form, they stand the best chance of picking up points.

Despite not getting in on the act on Saturday, Joao Pedro played a huge part in the victory. I back him to keep his place in the starting XI and add to his goal tally, perhaps even twice.

Watford have a real chance of starting a run of form and I think the Bristol City win can be the springboard to do so, Three unbeaten on the road and playing in a system which suits Xisco Munoz's philosophy as well as his players' strengths, I think this is the turning point in Watford's season despite tough opposition.

Televised? Yes, on the Sky Sports Red Button and Hive Live (iFollow too).