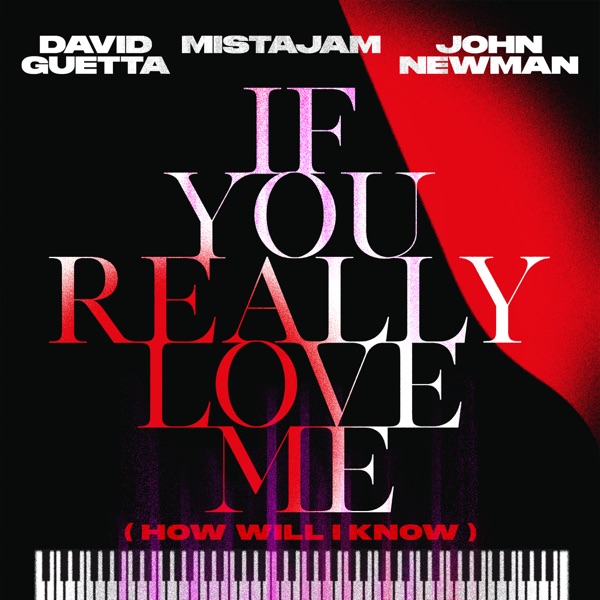 If You Really Love Me How Will I Know 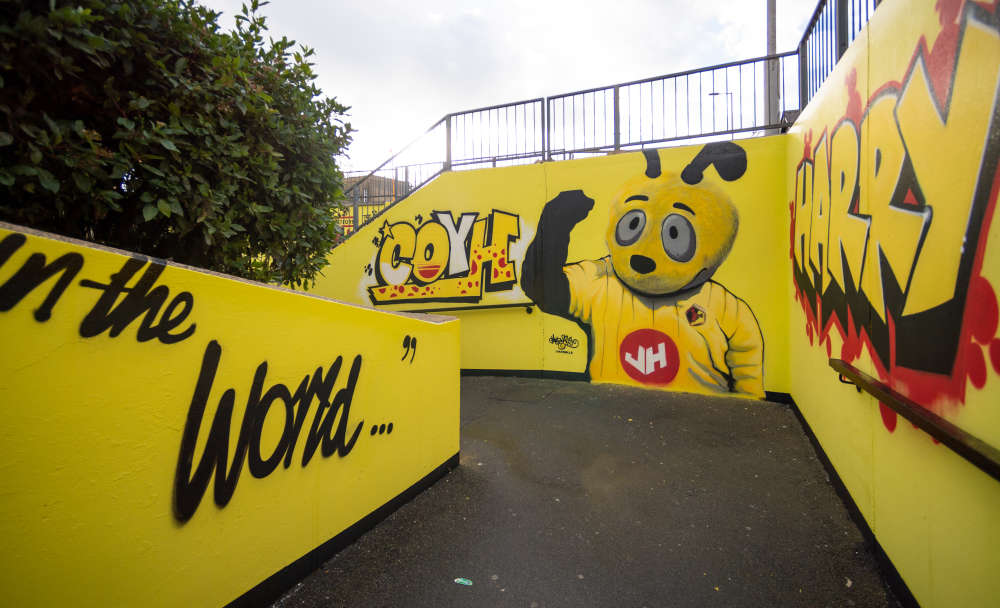 A mural depicting the Hornet’s 100 year history has been unveiled.

At the end of last month (27 January), ex-Hornet players Nigel Gibbs and Tommy Mooney joined club attendees, along with council representatives for the unveiling of the canvas.

The artwork has been commissioned to mark the club’s 100 Years at the Vic and the borough’s centenary anniversary.

Watford played their first match at Vicarage Road on 30 August 1922. The new mural will now act as a permanent record of the team's historic journey for supporters, beginning with the first portrait of Cliff Holton – who scored a record 48 goals during the 1959/60 promotion season.

Other paintings capture the golden era of Graham Taylor and Elton John, where Watford climbed from the fourth division to the first, thanks to players like Luther Blissett and Tony Coton. 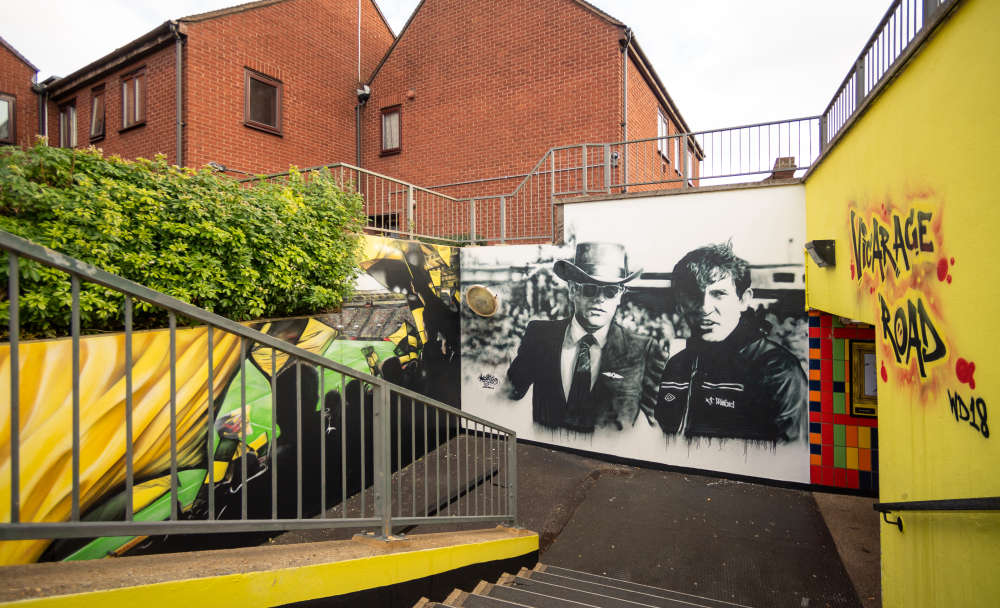 The Hornet’s recent years are reflected through images of Tommy Mooney whose energetic play helped revitalise a team seemingly slipping towards relegation, and former long-serving captain Troy Deeney – who played a pivotal role in the club's 2016 promotion to the Premier League, and 2019 FA Cup final appearance. 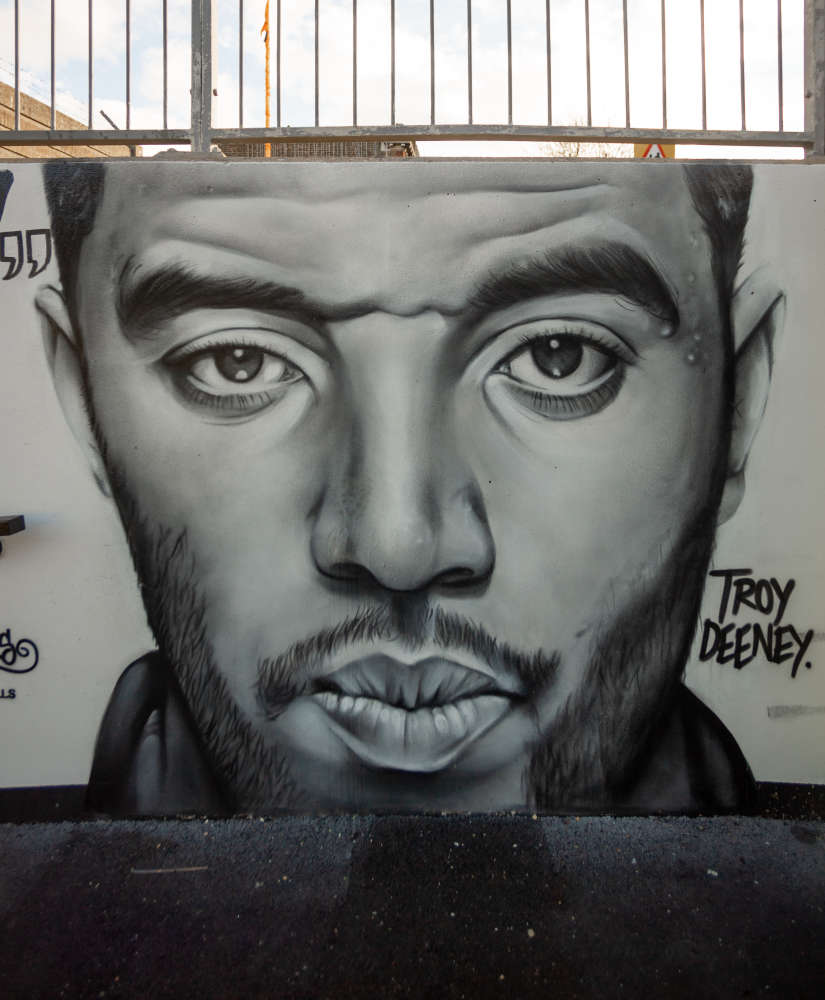 A portrait of Nigel Gibbs who served as a player, coach and assistant manager also features in the theme of the popular Panini stickers. 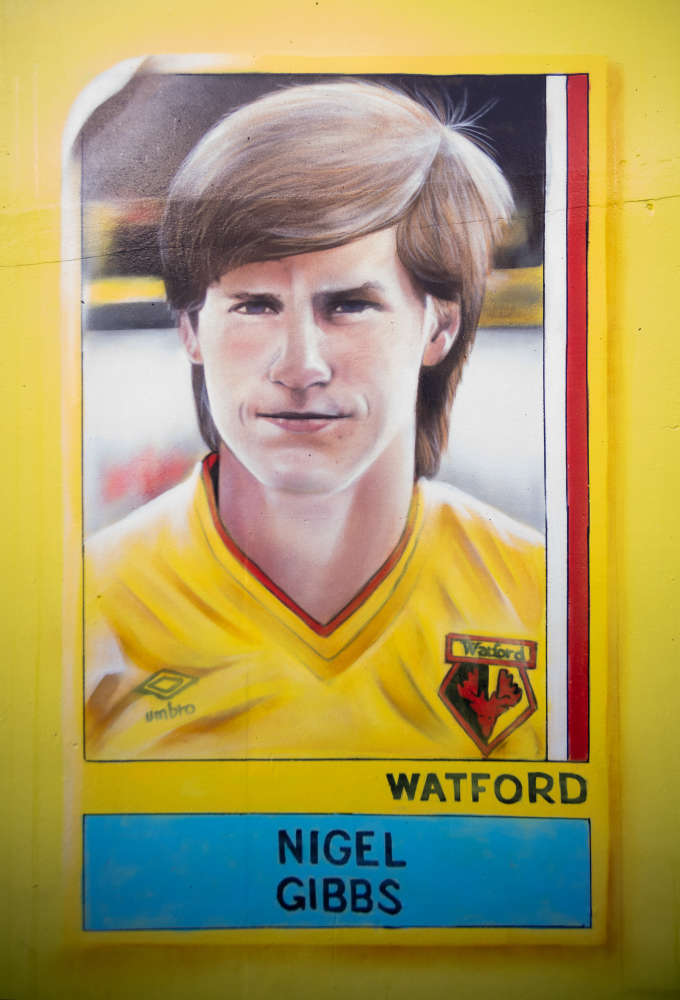 Commenting on the new mural, Nigel Gibbs, said: “Watford Football Club has a long and proud tradition of serving its community and has established a reputation as the ‘Original Family Club’, something I felt keenly having followed in the footsteps of my father Dennis, who served the club as a scout and youth coach.

“The mural showcases the club and town’s sense of community by improving the subway, as well as highlighting those players who had an ever-lasting effect on both.”

New frames have been installed throughout the mural's tilled section to represent the history and community involvement of Watford FC – and will continue to be updated as the team moves forward.

All the redecorated subway walls have anti-graffiti painted coatings to ensure the new artwork is protected for future generations.

Elected Mayor of Watford, Peter Taylor commented: "I am delighted that Watford Council, working with the Club and the County Council, was able to support this.

“There's no doubt it has helped brighten up the area and I'm sure it will be enjoyed by lots of Watford FC fans for years to come."

The underpass project jointly funded by Hertfordshire County Council, Watford FC and Watford Borough Council, is part of a wider scheme to improve subways across Hertfordshire.

Phil Bibby, Cabinet Member for Highways and Transport, Hertfordshire County Council, added: “The murals are a fantastic addition to Watford and will hopefully encourage more people to walk, especially to and from West Watford and the Stadium.