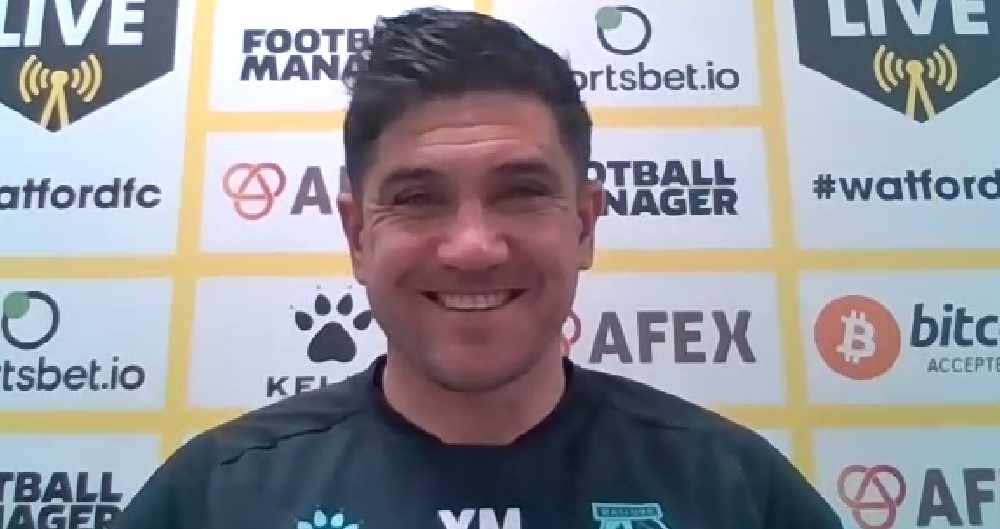 It's Luton Town's turn to host the local rivalry this weekend as Xisco Muñoz's Watford travel up the M1 to Kenilworth Road in search of three crucial points to their promotion push. Ahead of the clash, Munoz spoke to the Media about potential absentees, the importance of the derby, and the final five games.

When quizzed about the competitive run-in, which sees the Hornets play the other three sides in the current top four, Muñoz assured that he and his side are fully focused on Saturday. "We always have the focus on the next game and the most important thing is to work hard for the next game."

The Spaniard played on both sides of the Valencia - Levante Derby and played several times for Real Betis when they played bitter rivals Sevilla: "When I was a player the games were special games, it's important to have full commitment and its important to know about the history."

Watford beat their rivals 4-0 away from home in 1997, something the Watford Head Coach has heard plenty about. "Everyone on social media sends me the game from 1997, and I think we want to try to give the same happiness to our fans."

Troy Deeney is a booming presence from the sidelines despite missing out through injury, and the leadership of the squad is something that Muñoz described as "very important" for the team spirit. "I have very important players in the dressing room, they try to help me always. It doesn't matter if you are on the pitch or outside the pitch, it's important we have everyone with the same ambition. Troy is helping me right now, he helps while he's outside but not only Troy. This is perfect for us, it is perfect for the team spirit." Deeney is looking to return to outside training soon, as he rehabilitates an achilles injury.

In the Club's injury update they revealed that William Troost-Ekong, Tom Cleverley and Nathaniel Chalobah will face fitness tests tomorrow (Friday) to see if they're ready to feature. It was also mentioned that Tom Dele-Bashiru may be in-line for a return to the first team before the end of the season, which Muñoz praised. "I know he is working hard and everyday he is getting better. We will see, it's important right now in the final (stages) of the injury that you have a 100% guarantee for everything. Its important to stay step-by-step like now and we will see what happens in the final."

Nathaniel Chalobah is one of several leaders to step up this season in Deeney's absence, and this is recognised by Muñoz. "Its perfect when you have players with the personalities to take up the leader(ship), He always tries to give for the young players, but I think not only Chalobah. We have a very good group, very good players in the squad and when you need them they are there. I'm very happy with him and I think everyone knows how important he is to the club."

In an interview on the Watford FC YouTube Channel Goalkeeper Ben Foster, who played in the last Kenilworth Road match between these sides, assured that "the points are all that matters" in a rivalry. "We can't go there with any added energy. We don't want to place any extra importance on the game on Saturday we just want to go there, get the game done, get the three points and then that's another step closer to where we know we want to be and where we should be."