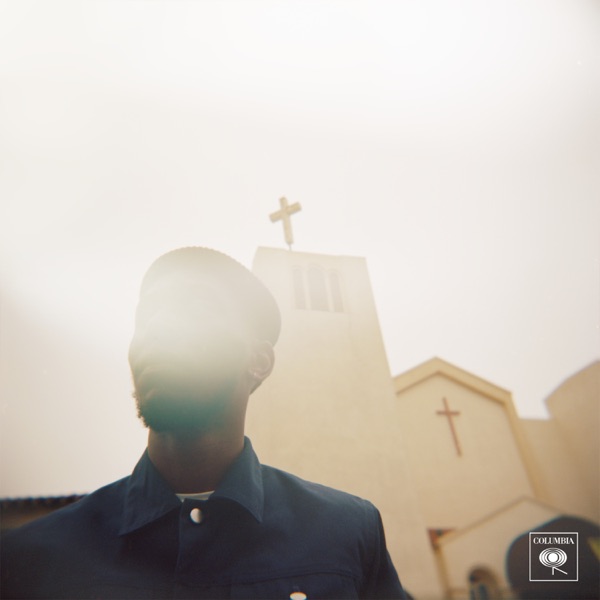 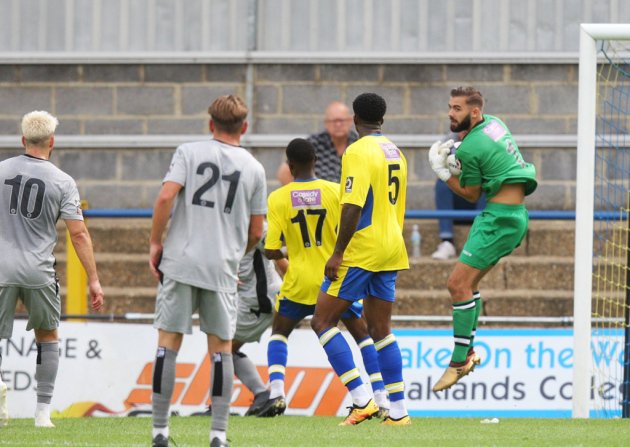 Stevenage FC’s wait for a win continues as they drew 0-0 away to Mansfield Town FC on Saturday.

That is now only two points from five games for Dino Maamiras men. Stevenage repeated a similar performance to the previous week when they drew 0-0 with Leyton Orient FC.

Stevenage’s first shot on target came in the twelfth minute, when Paul Taylor was left unmarked, but his shot was straight at the Mansfield keeper, Conrad Logan. Stevenage continued to be in control of possession, with loanee Charlie Lakin making an impact, with quick pace down the wing.

Ten minutes before the half time break, Mansfield had a goal disallowed as the referee’s offside flag was raised to deny Ryan Sweeney a headed goal.

There were chances for both sides in the second half, with a penalty call for Mansfield being ruled as outside of the box by the referee.

In the end it was a valuable point for Stevenage away from home. The next chance for a win comes at home against Macclesfield Town. 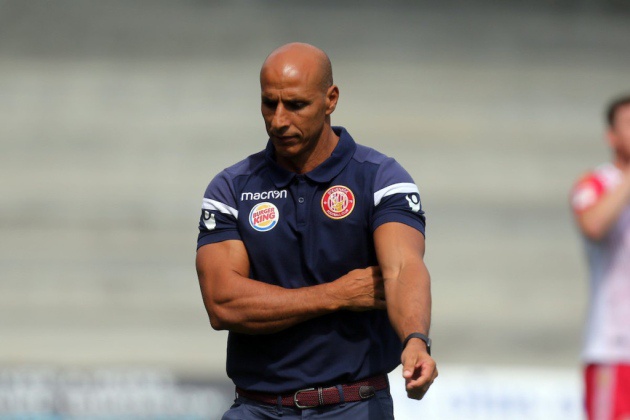 Boreham Wood FC have now had three losses in a row, the most recent a 2-1 defeat at home to Ebsfleet United yesterday.

Boreham Wood didn’t make it easy for themselves as Femi Ilesmani was sent off within three minutes, after denying a goal scoring opportunity on the edge of the box.

Ebsfleet United were 2-0 up within 16 minutes after a long range strike from James Ball and a Gozie Ugwu unmarked header both found the back of the net.

Despite being restricted to ten men and soaring temperatures, which included a first half drinks break. Boreham Wood still fought to get a foot in the game. First by hitting the frame of the goal before substitute Tyrone Marsh won and converted a penalty.

Despite late attacks, Eblsfleet United held off to win the three points. Boreham Wood will be hoping to rectify their form against Chroley FC away on Saturday. 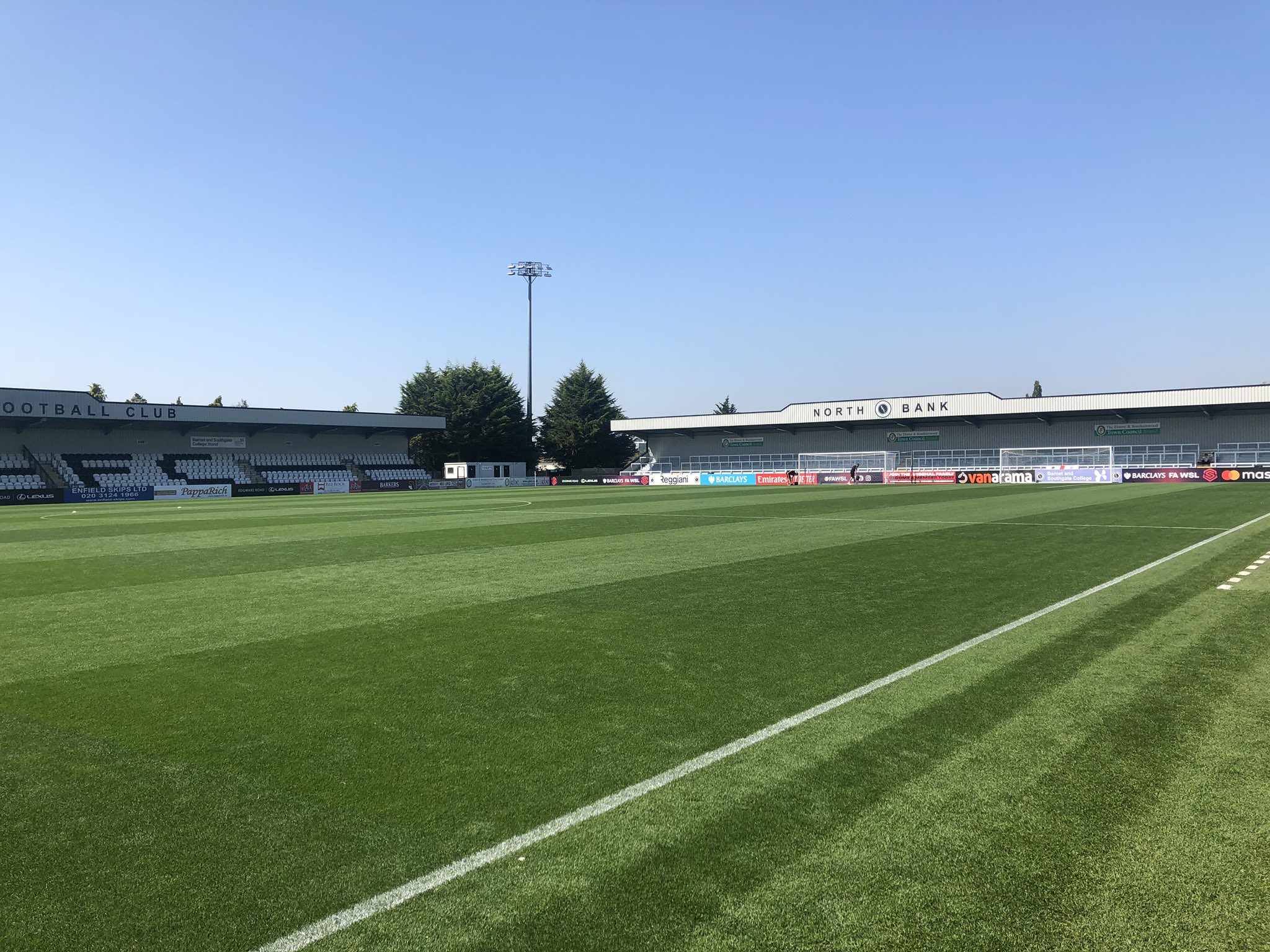 There was a good atmosphere building at Vauxhall Road, on a sunny Bank Holiday Monday. This motivated the Hemel players, who were testing Billericay throughout the first half. Dan Phillips coming closest with a powerful shot going just wide.

It took until the 82nd minute for the first goal in the game. Liam Nash was quickest to react to a deflected shot who slotted home from three yards.

Ricardo German’s got past two Billericay town defenders, and then finished a shot calmly in the bottom corner. He then went on to ensure the three points were Hemels after getting another goal in added time, being on the end of a through ball.

That is now 15 points from 7 games, going into Saturday’s games against Dartford FC.

St Albans City FC got their first win of their National League South campaign, in a 2-1 win against Concord Rangers on Bank Holiday Monday.

At a very hot Clarence Park fans gathered and were not disappointed. A quick reaction first half strike from Joe Iaciofano, after his shot was deflected from 12 yards out, gave City the 1-0 lead.

Going into the second half, Concord Rangers dominated possession, and City had to wait until the 87th minute to get a comfortable lead. With substitute Darren Foxley curling a shot inside of the post.

Concord reacted in the 90th minute, as Brett Mcgavin scored to heighten tensions within the ground.

There was relief as the final whistle was blown and elation for St Albans as they gained their first win. Goalkeeper Dean Snedker said the win ‘was massive’ for City. 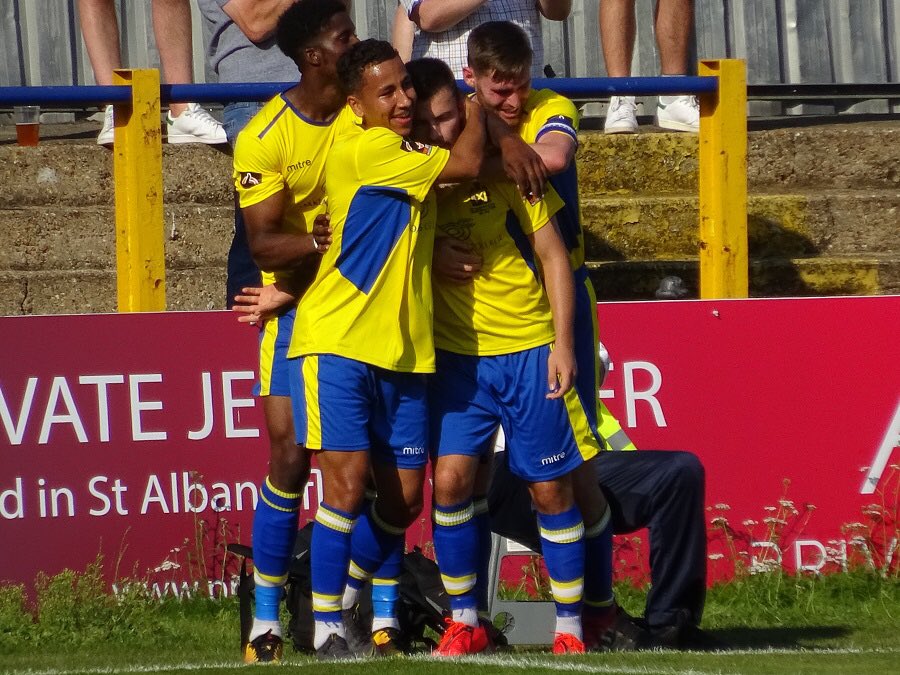