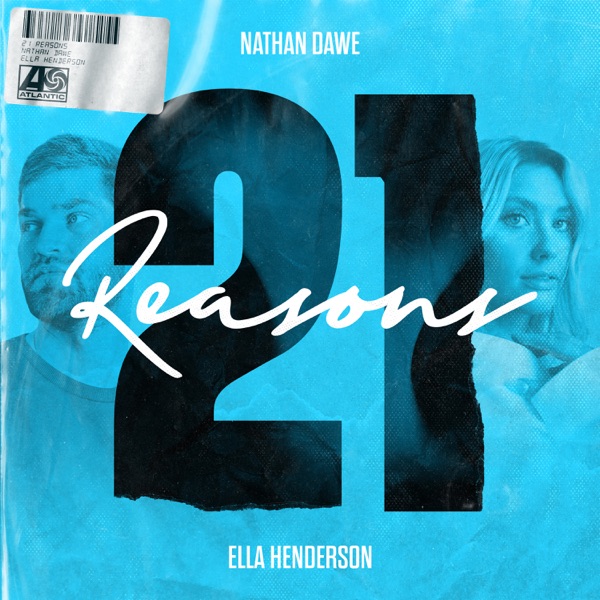 Euro 2022: The Lionesses and their impact on women’s football in Hertfordshire 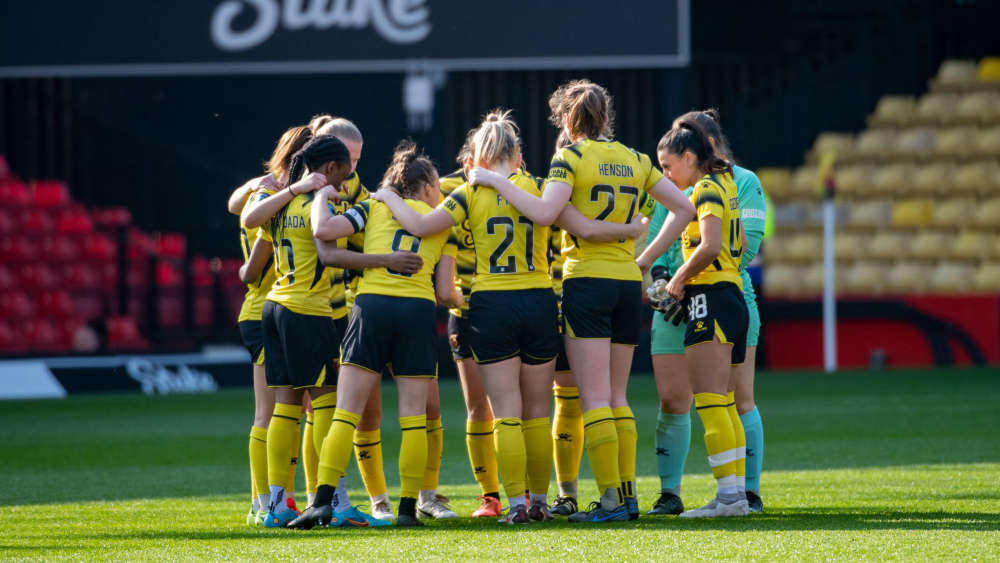 This month football fans throughout the country have cheered on the Lionesses as they compete in the UEFA Women's Euro 2022 Championship.

Over nine million watched England’s 2-1 victory over Spain in the quarter-final last Wednesday (20 July), with Georgia Stanway's sensational strike in extra-time sending the team straight through to the semi-final.

Tonight’s semi-final will see a sold-out crowd gather in Sheffield’s Bramall Lane Stadium to watch the Lionesses take on Sweden, in a bid to reach the final of the Women’s European Championship.

As Euro fever grips the country, Vibe 107.6 FM spoke to six people involved with women’s football in Hertfordshire about the impact the Lionesses’ appearance will have on the game going forward.

Laura Dyer, Assistant Head Coach at Watford FC Women, has played a key role in the development of young players at the club since January 2018.

Discussing the positive impact of England’s performance at Euro 2022 on women’s football, she said: “The Lionesses’ success is definitely going to help with participation across the women and girls’ game.

“There have been so many opportunities for young girls to go and watch the games, live in the stadium and on TV.” 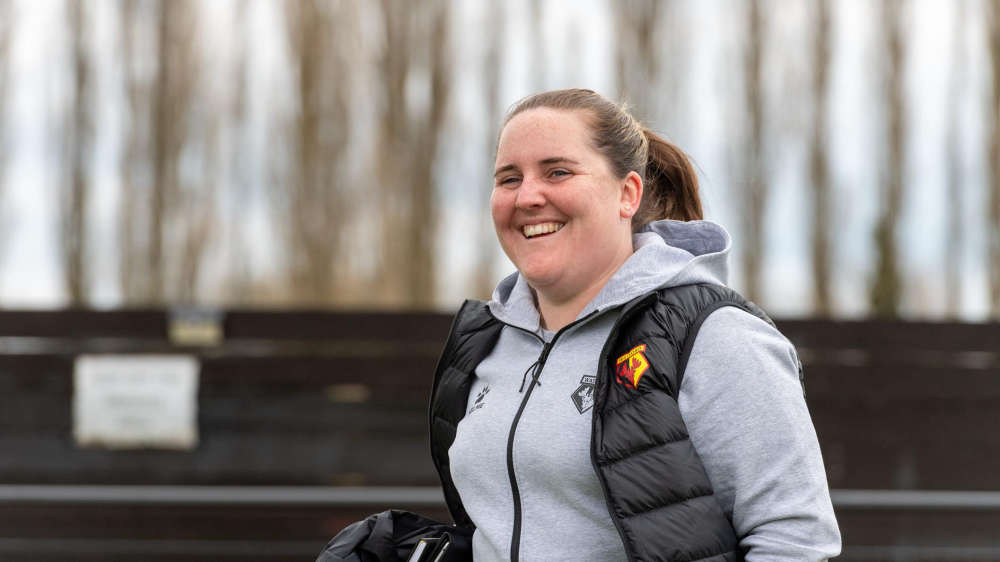 The Assistant Head Coach added the current “interaction” around the Lionesses is “going to be fantastic for the women’s game and the growth of that” moving forward, inspiring “more girls to put the football boots on and go and see what there is to offer.”

Laura Dyer concluded: “There are so many clubs and Wildcats Centres that they can join, and it will hopefully inspire them to support their local teams. Overall, the success will help to grow the women’s game a lot.”

Formed in 1996, Garston Ladies FC is one of the biggest all-female clubs in Hertfordshire with former players going on to achieve England recognition, including retired goalkeeper Lauren Lake.

Emma Trill currently plays for the club’s senior section. She says: “The buzz around the Euros has been palpable.

“Being the home nation, it’s been impossible to not be swept up by the occasion, and to see the Lionesses performing so well on the biggest stage has been nothing short of immense – everyone is so proud.”

On the Lionesses’ legacy after Euro 2022, she continued: “Whatever happens on the pitch, the tournament will leave a legacy on the next generation of women's football for sure.

“The facilities we have available in Hertfordshire now enables players of all ages to get on the pitch and get involved.

“The difference from the last time England hosted the Women's Euros in 2005 is night and day, so long may the development continue.” 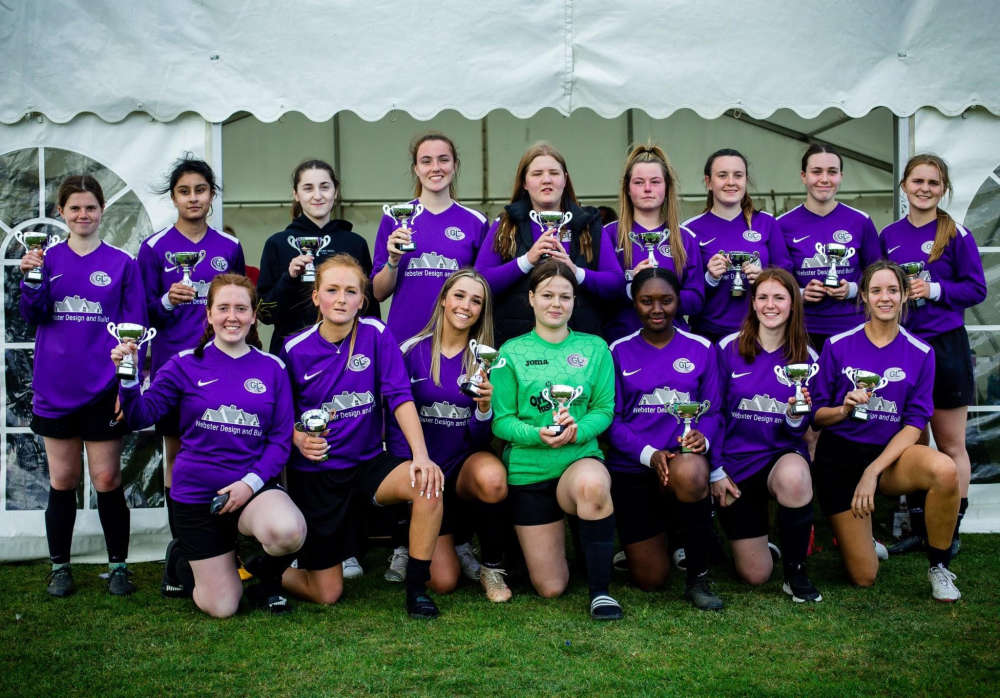 Rich Bennett, Club Officer at Garston Ladies FC agreed girls’ football was “already pretty strong” in the county, “due to the hard work of local clubs and support from Hertfordshire FA and the Hertfordshire Girls Football Partnership League.”

He added the “magnificent” performance the “Lionesses put in […] to reach their fourth semi-final in consecutive major tournaments” will “have inspired many more girls to get involved as they can identify with them as role models.”

The growth of women’s football has been unprecedented in recent years with a rise in participation, further investment in the professional game, as well as new broadcasting deals.

Football is now the top participation sport for women and girls in England, with nearly three million registered players.

In June the Premier League announced increased investment to support the FA Women's National League clubs to develop players and improve facilities – including £3 million of funding for a new strategy to help the development of the women’s game at tiers 3 and 4.

The Lionesses’ performance at this year’s Euros has inspired young players in Hertfordshire.

Sarah Kropman is Coordinator for the Girls Section at St Albans City Youth FC. She noted “the success of England Lionesses and the way in which female football has been showcased in the British media has had a huge impact in inspiring young girls to start playing.”

The club has recently “seen a huge rise in girls aged 5 - 7 becoming involved in our Saturday Wildcats sessions,” said Sarah.

She added: “St Albans City Youth FC are delighted to have thirty girls teams covering every age group from U7 to U18 competing in the Hertfordshire Girls Football Partnership League in September – six times the amount from when I first started volunteering for the club back in the 2008-09 season.”

“Lots of our players have been to see the Euros matches and all have come away enthused and inspired to play even more football.

“If the Lionesses were to win, I’ve no doubt that we’d see an influx in applications of girls wanting to join our squads.” 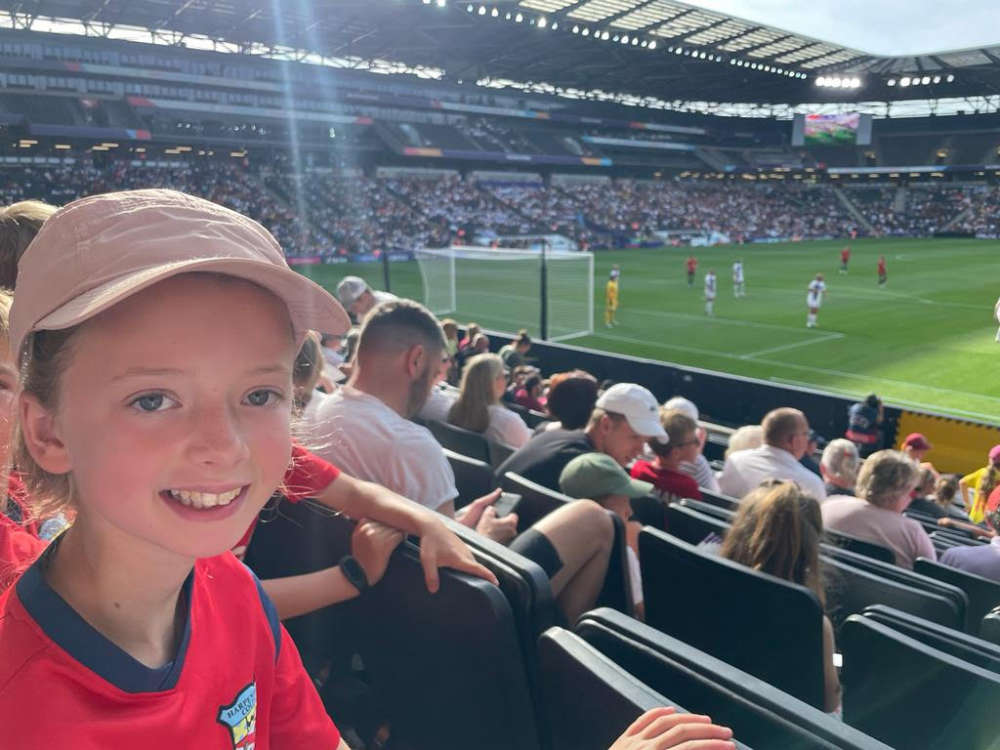 Poppy from the U10s team watching one of the Euros matches at the MK Stadium (Credit: Harpenden Colts)

Hertfordshire FA is supporting opportunities for women and girls to play football in the county.

Launched in March, the local FA’s Women and Girls Pledge is a new framework designed to support clubs working to level the playing field and create opportunities to increase female participation in football.

Karl Lingham, CEO of Hertfordshire FA, says it has “been great to see the Women’s Euros capture the country’s imagination this summer”.

He added that “the success of this tournament” reflected “the huge growth in female football […] already seen in recent years, with record viewing figures and attendances testament to the strength of the game in England”.

Mr Lingham went on to explain how Hertfordshire FA was supporting the development of women’s football: “We’re working hard with funding and support for our amazing network of clubs across the county to ensure this increased interest is captured and turned into a lifelong love of the game.

“With our Women and Girls Pledge we are also pushing clubs to do more to ensure equality of opportunity.

“The progress of the female game in recent years has been nothing short of incredible, but there is still a long way to go and this tournament will be a catalyst to drive it to even greater heights.”