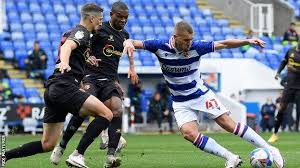 Watford travel to Pride Park on Friday night debilitated by the recent international break, which has seen the likes of Ken Sema, Craig Cathcart and Ismaila Sarr miss training.

Head Coach Vladimir Ivić will hope the players at his disposal will suffice against a Derby side who tasted victory for the first time just before the break. Troy Deeney, Andre Gray and Will Hughes are all unavailable for the game, but the Hertfordshire side will no doubt be boosted by the return of fan favourite Étienne Capoue, who rescinded his request to leave the club last Wednesday and trained with the squad this week.

William Troost-Ekong is also available despite playing for Nigeria, having left the Super Eagles early to bed in with his new teammates. Ivić still appears to be keeping his cards close to his chest, not revealing specifics for many unavailable players, but it is expected that most of those who didn't play for their national sides and were fit for the game against Reading, will feature once again.

Troost-Ekong will slot nicely into a Watford defence who are impressed with the ball at their feet. The back 3 boasts the highest number of successful passes at the club. I had the opportunity to ask Ben Wilmot about this yesterday: 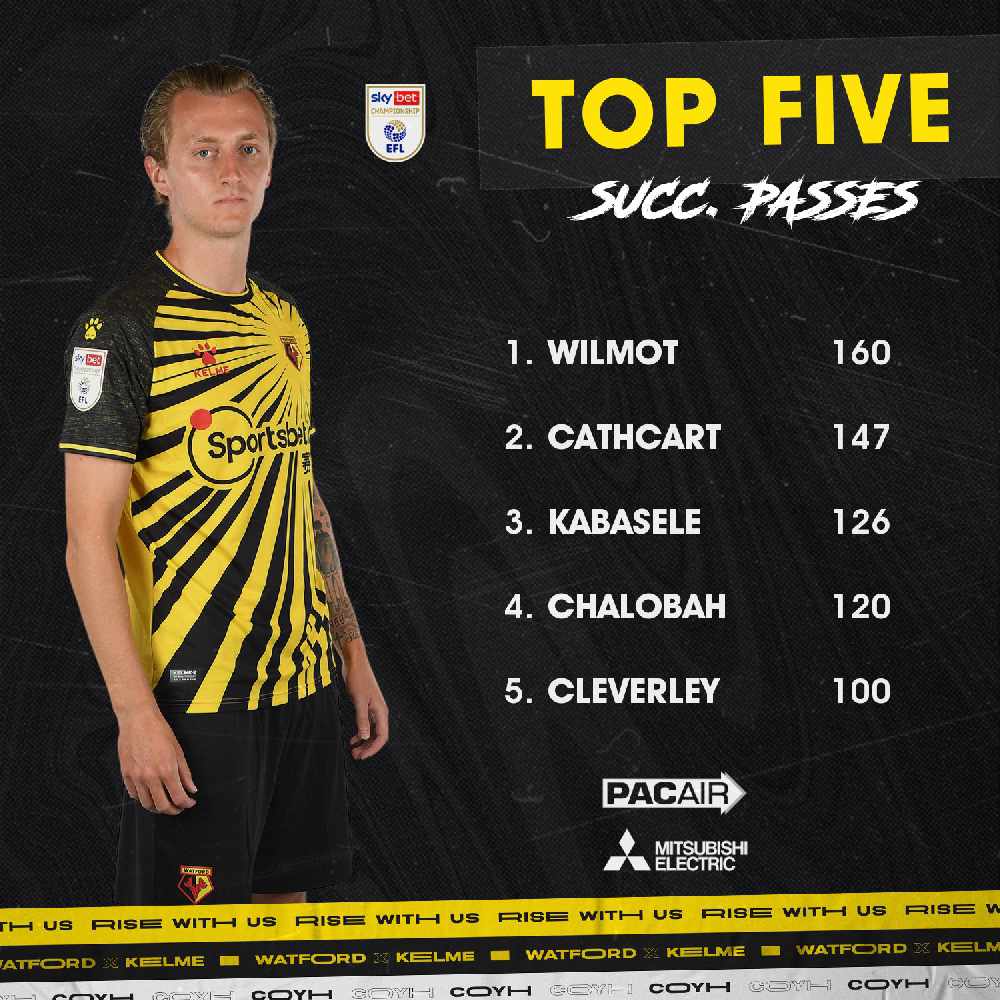 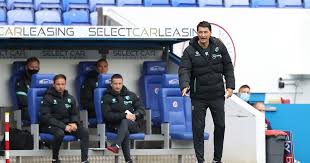 Vladimir Ivić is eager to see a stronger attacking performance, with his side only netting twice so far in the League.

Andre Gray (Expected back in around a week.)

Will Hughes (expected in training in "a few days" may be fit for Wednesday's game vs Blackburn.)

Ismaïla Sarr (unlikely to start, will be on the bench)

*Doubtful players are due to recent participation in international fixtures.

With the Window slamming shut just a couple of hours before kick-off, it appears business is almost done at Watford. It may be too soon, but it looks like Ismaïla Sarr will remain at Vicarage Road despite interest from Crystal Palace, and bids reportedly fended off from Liverpool and Manchester United.

Barry Douglas was subject to Watford interest, but it seems he'll be joining Wednesday's opponents Blackburn Rovers, as per Adam Leventhal and The Athletic.

Watford is notorious for squeezing in a deal before the deadline, and although a matchday makes things a little more complicated, don't be surprised to see a Left-Back walk through the door of London Colney.

Derby County is often viewed only as "The Wayne Rooney Team" by the mainstream media, but there's more to the Rams than Manchester United and England's all-time highest goalscorer. Under Phillip Cocu a youth-oriented Derby side impressed last season but ultimately underachieved as they failed to reach the playoffs. This season hasn't been any more successful either, as they sit currently in 20th place. A free-kick from veteran Rooney was enough to get their first 3 points away to Norwich City, but the visitors failed to impress aside from the set-piece goal.

There is considerable talent in the squad. Teenager Louie Sibley burst onto the scene last season in midfield, grabbing an impressive hattrick against Millwall. Florian Jozefzoon's departure to Rotherham won't weaken their attacking threat, as Rooney and Poland International Kamil Jóźwiak are among those who can cause The Hornets problems. The departure of Jack Marriott on loan raised a few eyebrows, however, with Colin Kazim-Richards unlikely to be ready following his arrival.

There was alleged uncertainty at the helm of the home side, with news outlets reporting that Head Coach Phillip Cocu was set to be sacked - and replaced by Wayne Rooney. Chairman Mel Morris took to Talksport Radio to rubbish these rumours, branding them "fake news", and stating that regardless of tonight's result, the Dutchman will be in the dugout for their next game.

Cocu has experimented with formations thus far, using both a four and five at the back formation already this campaign. Generally, a 4-2-3-1 has been used, but not since their 4-0 thrashing at the hands of free-scoring Blackburn. 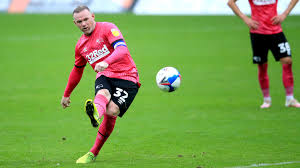 Despite Norwich boasting two-thirds of possession, a moment of brilliance from Wayne Rooney was enough to give them the victory at Carrow Road.

Although Watford have sat higher in League Position than Derby for a number of years now, they haven't beaten the Rams since the 23rd of February 2013, in a 2-1 home win.

The last meeting between​​​ the two sides was a 2-2 draw. The stalemate saw appearances from former Hornet Craig Forsyth, current Hornet Will Hughes, and a​​​ surprise second-half cameo from Manchester United midfielder Jesse Lingard.  Current Derby shot-stopper Kelle Roos was on the Hosts' bench.

Watford hasn't won at Pride Park since the 10th of March 2012. First-half goals from Sean Murray and Troy Deeney saw the 14th placed Hornets get the 3 points.

Ikechi Anya, Matej Vydra, Nigel Callahan, Craig Forsyth and Will Hughes are just a few examples of players who have featured for both sides.

A slightly different threat to Watford, Centre-Half Matt Clarke is an impressive young player. The 24-year-old is spending his second year on loan from Brighton and Hove Albion at the club, with two spells at Portsmouth from 2017-2019 preceding that. Player of the Year for three years in a row, the ball-playing defender will likely prevent key Watford attacks, and the visitors will need to be at their best to ensure they're not kept quiet.

This week's starting lineup is hard to predict, but if I was a betting man (I'm not even old enough to) I'd bet João Pedro will start. The Brazilian Teenager has been a bright spark a Watford attack that is yet to really get going this season, and he could get the decisive goal tonight.

Derby has improved, but aren't yet at the peak of their powers. Watford will need to swiftly put the loss to Reading behind them, and get the final ball to João Pedro in the attack. A comfortable 2-1 win for Watford.

Hemel Hempstead: Away to Maidstone United

The Tudors are yet to pick up a point from their first two games and face an unbeaten Maidstone side hoping to climb further towards the summit of the National League South.

Saints fans will no doubt be happier with their start to the league campaign, having started with a win and a draw, alongside a victory on penalties over Mickleover Sports in the FA Cup. Ebbsfleet is level on points with St Albans but failed to advance in the Cup, so perhaps there'll be a reason to be confident for Saints' Boss Ian Allinson.

Boreham Wood: Away to Solihull Moors

The Wood is on a high following their midweek win at King's Lynn, and now face 8th placed Solihull. The Visitors will want to have retained the services of Sorba Thomas, who was subject to a bid from Charlton Athletic.

Stevenage faces Forest Green Rovers hoping to return to their September form, with just one point on the board in almost a month. Forest Green are unbeaten in that period and will stay that way if Stevenage fails to deal with Jamille Matt in the attack.

​​​Tomorrow's hosts will be looking to win consecutive games for the first time since February, but face a tough opponent in League Leaders Hartlepool, who are yet to taste defeat this season.