Daniel Bachmann to Start for Watford this Weekend: All of the News from Xisco Muñoz's Press Conference 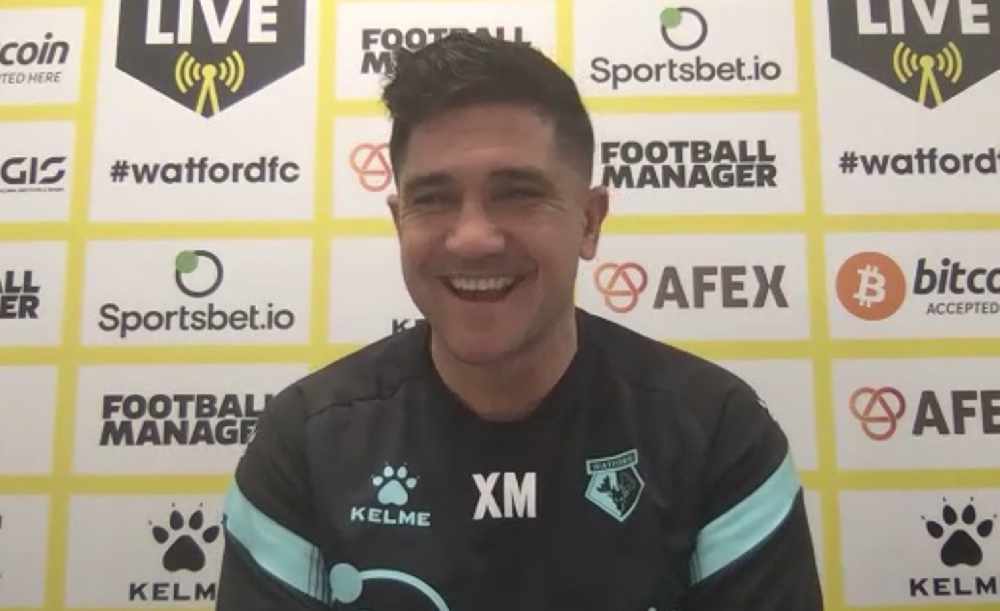 Despite the return of experienced goalkeeper Ben Foster to full training Watford Head Coach Xisco Muñoz has confirmed that he won't be in the Starting XI this weekend. He may however return to the squad on the bench, and the Head Coach has stressed that he doesn't think about the long-term situation in The Hornets goal.

The club's injury update revealed that midfielder Dan Gosling and defender Achraf Lazaar will face late fitness tests ahead of the trip to Cardiff City, but Troy Deeney remains sidelined for the time being. Tom Cleverley is expected back sooner than the Captain, but even he must wait until after the international break before his return.

Christian Kabasele is almost back; the Belgian defender is training outside and edging closer to a return, which may be in as soon as a few weeks time.

Asked about the signing of Free Agent Carlos Sanchez, Xisco praised the club for bringing the Colombian midfielder to Vicarage Road.

"I think it was excellent work from the club. I think right now sometimes we forget but the club did a very good job, I know it is a different and difficult situation but I think now we have one gladiator more, this is perfect. We have a lot of important games and if you have one opportunity or one chance more to put in another player it is excellent. Carlos is very good for us, and it was a very good job to pick him up in this moment."

The last time Watford had a full week to train without a midweek fixture was after the 0-0 draw with Coventry, since which the Hornets have gone on an impressive run of six wins in seven games. When asked by Vibe 107.6 whether this is a similar opportunity to work on styles of play he clarified that a variety of systems is important to have. "We have the same (as last time), we can play with 3-5-2, 4-4-2, 4-3-3, it depends on the game, sometimes on who are the players, but the most important thing right now is that we are building.

There has been heavy rotation in the midfield following Nathaniel Chalobah's suspension and injuries to Tom Cleverley and Dan Gosling, meaning Muñoz has had to make do with striker Joao Pedro and winger Philip Zinckernagel taking up the roles of the absentees. "For the players, it's like an idea for Playstation where you play with five strikers! I have very good luck, sometimes I think you need the best players on the pitch, Joao plays in the middle, striker, winger, but goalkeeper I think no!"

"But he is ready to play in all of the situations, when you have clever players with talent and this ambition to play it's very easy for the coach."

Muñoz recognises the talent and threat posed by Saturday's opposition; he spoke about his "big respect" for Mick McCarthy and his side, "We have an amazing challenge next game, Cardiff are fit, they play well, they are a competitive team and they have different systems, but we are hungry to keep going and try our best."

He joked that a discussion with Football's Governing Body FIFA is necessary to stop Cardiff's quality from set-pieces, "I want to speak with FIFA to try to make this game not have corners! They are a very important team at set-pieces and we need to pay attention, it's important to switch on and stay concentrated with this."