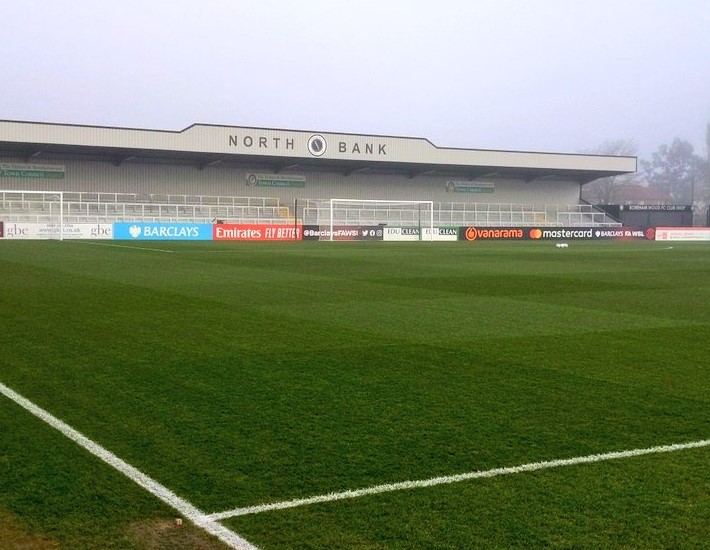 Boreham Wood lost 2-0 to Millwall in their first ever FA Cup Third Round appearance. Goals from Kenneth Zohore and Shaun Hutchinson secured the Championship outfit a place in the Fourth Round and a first victory against the National League side.

The hosts had the first big chance of the tie. Thomas fired over the bar from an of the edge-of-the- area freekick. The set piece followed a foul on Kabongo Tshimanga in the first minute.

An end to end opening few moments were full of action. The Lions came closest to breaking the deadlock early on. Zohore bent a freekick just wide of the post in the tenth minute.

Rowett’s side again knocked on the door in the 20th minute. Parrott struck wide of the post as he latched onto a Ryan Leonard pass in an open and physical tie.

The Lions onslaught continued as Nathan Ashmore was forced into making a smart save in the 25th minute. The goalkeeper’s acrobatics denied Tyler Burey finding the top corner from a volley.

Millwall took the lead in the 30th minute. Scott Malone picked out Zohore who calmly slotted the Championship outfit into the lead at Meadow Park.

The South Londoners had the first chance after the interval. Jake Cooper’s header forced Ashmore to get down low in the 50th minute.

Boreham Wood’s Matt Rhead followed with a painfully close attempt in the 53rd minute. The Wood forward headed over the crossbar from close range.

Rowett made a double change in the 59th minute. Jon Bodvarsson and Tom Bradshaw replaced Burey and Zohore.

Millwall tried to double their lead in the 62nd minute. Bradshaw drove the ball into the Wood’s penalty area but could only strike wide.

Garrard made a 68th minute substitution. Whitely replaced Morias as the hosts searched for an equaliser.

The away side doubled their lead in the 74th minute. Malone bagged his second assist as a Hutchinson bullet header found the back of the net.

Nathan Ashmore prevented a Millwall third in the dying minutes. The shot-stopper impressively denied Bradshaw in extra time – the last effort of the match.