12 Gameweeks In, Are Watford Going Up? 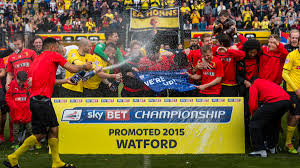 This season's Championship has been far from typical, but the drama, talent, and goals have remained as consistent as ever. Watford's return to the Second Tier was met with high expectations from fans and neutrals alike as they look to make an immediate return to the Premier League.

I'm going to (foolishly) make a judgement early on, in what is arguably the least predictable campaign in a number of years.

Due to the nature of living in a global pandemic, Watford's (and Bournemouth and Norwich's) descent from the Top-Flight was unlike any we've seen before, and that is to their benefit. All 3 sides survived the Summer Window relatively unscathed, but for a few big money departures to bring in some cash. None of these players have proved irreplaceable so far either. Abdoulaye Doucoure's spot is filled in many ways by James Garner, Nathaniel Chalobah, Tom Dele-Bashiru (until his unfortunate long-term injury) and the returning Will Hughes. Gerard Deulofeu's quality would be undoubtedly a huge boost to the Hornets, as would Roberto Pereyra's, but Joao Pedro's breakout season has meant the now-Udinese players aren't too gravely missed. You could make a case for 36 year old José Holebas being the biggest loss of the window, as there isn't an immediate, match fit alternative at Left Back. 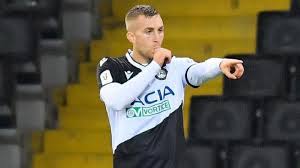 Deulofeu is sorely missed by the Watford Faithful, but Joao Pedro has done well to replace him.

Ismaila Sarr, Etienne Capoue and Ben Foster were all retained, and Troy Deeney remained at Vicarage Road despite interest from West Brom and Tottenham also. This Premier League spine hasn't created any adaptation problems, and instead has ensured there's a level of maturity, without the arrogance that many believed was present last season.

The blend of youth and experience, both from those with and without prior Championship pedigree, seems to be the winning formula. Vladimir Ivic's side haven't been perfect; the consistency in attack sometimes leaves a lot to be desired, and they've occasionally lost very winnable games, but overall 5th place isn't bad for a season in transition, particularly when another goal against QPR would've seen them go top of the table. Ivic also has Adam Masina, Will Hughes and Stipe Perica as returning players, and if they can stay fit once they're back, they'll be key to the promotion fight.

The focus of this piece is very much on Watford, but ultimately, the season will also be shaped on how their opponents do. Here are some of the promotion rivals we could be fighting with at the summit.

Eddie Howe's tenure may have ended in disappointing circumstances, but his faithful assistant Jason Tindall has seamlessly taken the reins, with a relaxed atmosphere and high scoring games the current environment at the Vitality Stadium. Like Watford, they retained the key players for life in the Championship and appear to be a strong unit. Nathan Ake's departure also brought in more than enough money to remain stable, and they've only tasted defeat once.

It's atypical to have all three relegated sides take to the Championship this well, but somehow, they make up 3 of the top 5. Norwich sit proudly at the top of the tree, and are unbeaten in their last 8 games. Daniel Farke, like the vast majority of his squad, have considerable experience winning this league, and they look likely to do it again if they can keep up this consistency. Ismaila Sarr may be seen as the best player in the league, but Emi Buendía can't be far behind. 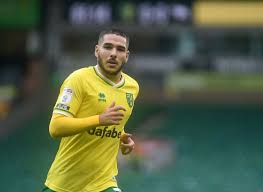 Buendía will be e key man in the Canaries' push for promotion this season.

Always towards the top, Steve Cooper's Swansea are a formidable outfit. They didn't spend big in the summer, but did their business cleverly, signing Ryan Manning, Jamal Lowe, Morgan Gibbs-White (loan) and re-signing duo Freddie Woodman and Marc Guehi (both loans) to name a few. Joe Rodon's move to Spurs and Mike Van der Hoorn's departure has done little to affect the Swans' defensive quality, and Ben Cabango appears to be a real prospect. With 6 wins, 4 draws and 2 defeats, the Welsh side have the exact same results as the Hornets this season. Make sure to earmark the 2nd of January, when Watford travel to the Liberty Stadium. Unlike Reading, and arguably Bristol City, Swansea will be a consistent fixture of the top 6 this season, and at least make the play-off places.

I must admit, I'm not entirely convinced by Bristol City. They're 3rd in the table, and absolutely deserve a mention, but they did go a period of 5 games without winning. Regardless, there's no denying that Dean Holden has made a big impact since his summer appointment. The Robins have won 3 in a row, and face Watford next. Perhaps I'll understand their true quality on Wednesday when the Hornets travel to Ashton Gate.

Neil Warnock is a serial winner. The Football League Veteran has enjoyed continued promotion more than any other in his job, and his Middlesbrough side have the best defensive record in England's top 4 tiers. If they can sustain this form at that end, and improve it at the other, we could see Warnock add to his 8 promotions.

Gary Rowett has finally settled following poor spells at Derby and Stoke. Millwall are always an outside shout for the play-offs, and this could be the year they make it. Troy Parrott is yet to properly kick off at the Den, but if he does, they'll be contenders.

This is an unlikely one. Tony Mowbray certainly has his side scoring, but their 15 goals conceded have seen them slip to 14 despite a fantastic start. Adam Armstrong and Ben Brereton are in fantastic form, and Bradley Dack nears a return, so there is room for hope amongst Blackburn fans, however I wouldn't be too sure that they'll be a top 6 side by May.

It hasn't been an easy start to Brentford's season, and to be fair to them, it never is. At this point last season, the famed BMW attacking trio weren't at their best, and by the season's end they were on the radar of some of England's best clubs. Ivan Toney has 10 already this season, and midfield engine Christian Nørgaard is back soon. Thomas Frank needn't worry just yet.

Watford aren't short of competition, but in my opinion, they're far more capable than most of these sides. Vladimir Ivic is still ironing out the creases of Watford's game, and the tactics are night and day when compared with last season, so he has to be forgiven for some imperfect performances. Currently only two points off the top spot, I think Watford will finish 3rd, but only if they remain consistent during this busy Christmas period.

After that, the Play-Offs are near impossible to predict, but I'd say we'll see Watford win it, hopefully with the fans at Wembley celebrating with them.