The Danish Girl is a beautiful film directed by Tom Hooper, which tells the sensitive and incredible biographical romantic story of Lili Elbe, one of the first known recipients of sex reassignment surgery. The story is gripping and endearing along with a great cast, featuring Eddie Redmayne as the lead character (Einar Wegener/Lili Elbe) and Alicia Vikander as the strong wife Gerda, who I found scene stealing. This biopic is truly interesting and even though it is set in the mid 1920’s the issues are current in today’s society, but instead of showing complexity and controversy, Hooper presents a safe film, which at times comes across as more of a slick costume drama. 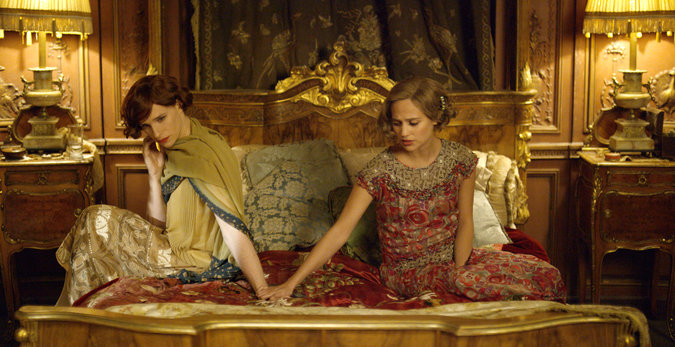 We are first introduced to the loving married couple Einar (Redmayne) and Gerda (Vikander) with regards to their artistic work, though Einar is more established as a popular landscape artist whilst his wife is finding it hard to be accepted as a female portraitist. However, when Gerda’s friend is late for a portrait appointment, she asks Einar to stand in and pose for a painting she's working on. Modelling for Gerda unmasks Einar’s true self as identifying as a woman, whom she names Lili Elbe. We are then taken on a journey with Lili as she accepts her identity which has always been hidden and the effect this has on Gerda, along with the risk of undergoing sex reassignment surgery in the 1920’s. The Danish Girl, has gripping moments, for example a scene where Einar first dresses in women’s clothing and walks along the street, as the audience have the knowledge of the decade in which the story is set, thanks to Hooper’s captivating visuals. He directs the film well, but doesn’t bring anything different than what we have seen from his previous films such as The King's Speech (2010) or even the TV mini-series, Elizabeth I (2005), which unfortunately results in a lack of thrills and intensity. The story itself is gripping as we know it is based on life true events and the visibility of the transgender community has dramatically increased within the media throughout the last year. Whilst The Danish Girl provides more serious content, I feel it lacked information and background on the issues transgender people face, as well as the full effect it has on family members. Although Gerda shows great support for Lili, I felt her feelings of not knowing and understanding the situation and her anger for losing her husband were unfortunately dismissed and not explored fully. Some may see The Danish Girl as somewhat glossy and at times a pantomime, as the film does lack a full back story of Einar’s struggles when he was younger as his journey into accepting his true identification as a woman. The performances within the film were very good and are worthy of the nominations they have received within the current award season. Alicia Vikander is at times scene stealing and endearing, and she portrays as Gerda's emotional strength with mesmerising effect. Eddie plays Lili beautifully, managing to capture the stylised female body language especially as a woman of the 1920’s, he moves perfectly from every head tilt to every hand movement, though at times this can be overdone.

The Danish Girl is an intelligent and sympathetic film, which provides an amazing story which is cautiously presented on screen. The actors do an fantastic job of portraying these true life figures and present a wonderful watch, and however the film lacks a complexity and comes across a little bit too safe.