The first film I saw in 2015 was Birdman, Star Wars is the first of 2016, and pretty much there the similarity ends. As enjoyable as Star Wars is, it has none of the originality, scripting or actor performances that were features of Birdman. What it does have is an abundance of energy, special effects and enough connections back to the original films to keep most people entertained.

I went along on New Years Day to the Cineworld IMAX in Stevenage, which was completely sold out and with a very real sense of anticipation amongst the audience. This was unintentionally heightened when the 3D trailers appeared as pink smudges on the screen and I was not alone in wondering if we were to have a wasted trip due to failing technology. However, normal service was resumed and as the familiar Star Wars music began so did the famous scrolling golden text.  It informs us that Luke Skywalker has vanished following events in Return of the Jedi and although the Empire had been defeated it has been replaced by the First Order, which actually bears a stunning resemblance to the Empire with its swarms of fighters and storm troopers.

This film has a very retro feel about it. The opening shot of a Star Destroyer outlined against a pale planet immediately recalls the appearance the same spacecraft made in Lucas’s original Star War film in 1977. Abrams won much acclaim for his rebooting of Star Trek in 2009 which was a terrific movie, Star Wars may not be quite at that level, but the integration of the three original films with new characters and enhanced effects works remarkably well.

The film is at its best when the new heroes are involved namely Rey (Daisy Ridley), a scavenger on a planet full of space junk called Jakku and Finn (John Boyega), a storm trooper with a conscience after he is involved in the First Orders destruction of a village as they hunt for a map that can revel where Skywalker is hiding. There are some humorous moments between the two of them as Rey lives on the edge, is feisty, quick in thought and action and very independent, whereas Finn seems to be move altogether more slowly and is not quite sure he wants to be an heroic freedom fighter. 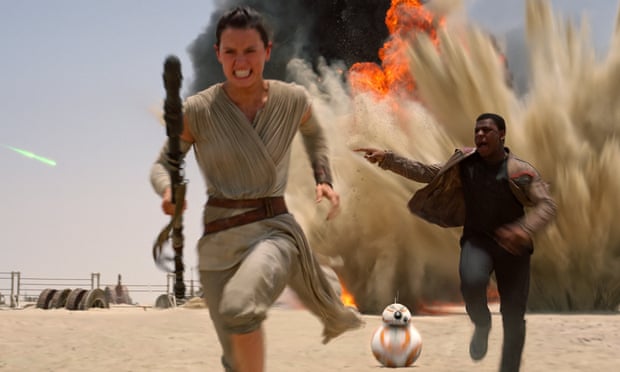 In many respects this is very much a nod back to Han Solo who himself was a reluctant combatant, but Finn is somewhat inspired by the Resistance’s best pilot Poe Dameron (Oscar Isaac) and is united with Rey by his spherical droid BB-8 which is as much of scene stealer as R2-D2 was many years ago.

This time Han Solo (Harrison Ford) is less reluctant and he plays a full role in The Force Awakens with a world weary, seen it all before approach that sits alongside the youthful exuberance of Rey and to a lesser extent Finn. Chewbacca (Peter Mayhew) also plays a central role with some quite comical scenes, whereas Luke Skywalker (Mark Hamill) and General Leia (Carrie Fisher) feel as if they appear more to be seen as a reminder of what has been rather than as anything more meaningful.

The villain this time around is Kylo Ren (Adam Driver), who at first impression is a rehashed Darth Vader with his black face mask and deep voice, but as the characterisation develops he is much younger with a violent temper and a backstory that links him into the previous trilogy. He is altogether more unpredictable than Vader and appears radicalised by the Dark Side rather than slowly drawn in; to a great extent, he appears unredeemable and for that reason potentially more evil than his predecessor.

Ren reports to the Supreme Leader Snoke (Andy Serkis) and if there are faults in the film it is the lack of a story as to who Snoke is or where he has come from or indeed how or why the First Order has risen to such strength in less than thirty years. 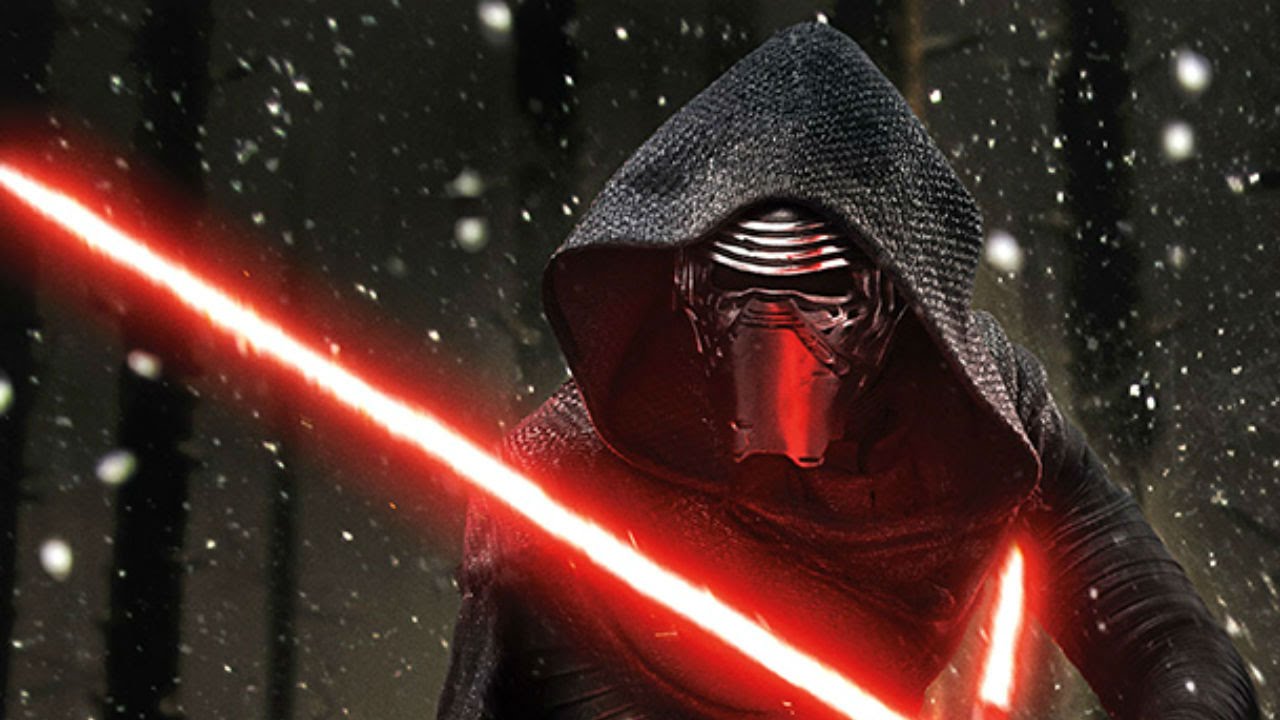 The closing sequences of the film with the inevitable destruction of the Starkiller Base whilst full of action and exciting, did feel a little as if we had seen it all before and the collapse of a whole planet by the planting of a few explosives was perhaps a little fanciful even by sci-fi standards and I guess I had hoped for something a little different given what had gone before.

Anyhow, it’s an enjoyable film and although I did not find it as rewarding as the Star Trek remake, it has already broken box office records in the US. Maybe a test of how good the film is and where it lies alongside the other three movies will be once we have seen the next Star Wars film from the Disney stable and if the new characters can carry us into evolving storylines and an even fresher approach to faraway galaxies.