Jennifer Lawrence has done it again! She has provided us with another dazzling and unforgettable performance, and with great support from the team that brought us Silver Linings Playbook (2012); the legend that is Robert DeNiro, her partner in crime Bradley Cooper and the man that keeps guiding them to Oscar glory, David O. Russell. Joy is another stimulating and enervating film, where the camera never stops moving and the characters never stop talking. 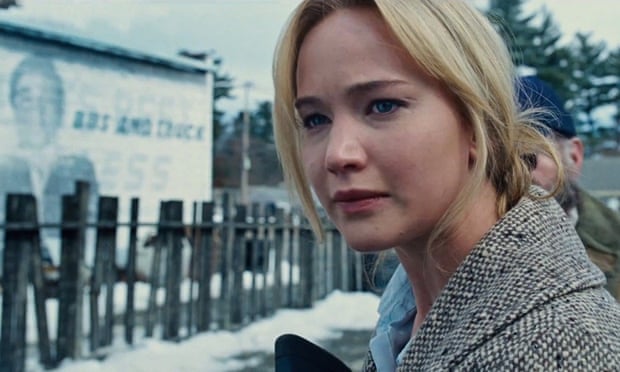 Joy, played by Jennifer Lawrence, is a true story of a young woman who after much downfall, debt and heartbreak creates a business dynasty and becomes a matriarch in her own right. She faces betrayal, treachery, the loss of innocence and the scars of love while caring for her unpredictable father (Robert DeNiro) who moves in with her, battling her jealous sister (Isabella Rossellini) and caring for her mother (Virginia Madsen) who also lives with her. To add to all this, her ex-husband (Édgar Ramírez) lives in her basement, whilst her children and her grandmother (yes you guessed it!) also lives with her.

Joy is an inspiring story which sees a single mother battle to bring to life her own revolutionary self-wringing mop on the QVC home shopping channel, whilst battling with condescending male corporate types and various members of her massively dysfunctional extended family. Joy becomes a true boss of family and enterprise, as her passion, fight and fierce imagination carries her through the storm she faces.

Although Joy can be seen as a simple biopic story, O’Russell creates an intriguing and stylised film. Whilst his previous movies such as Silver Linings Playbook and American Hustle have a cheekiness and comedic sensibility, Joy is not set up to be laughed at.  However the authentic family dynamics and the realism of how people talk over each other (or in this case shout over each other), creates such a genuine situation you can’t help but laugh, which in my opinion, makes this story endearing and more than just a narrative about an invention.

Nevertheless, some may believe taking away the comedic set ups O’Russell usually puts into his films almost make the film lack content, especially as he purposely inputs non-speaking set pieces which frame Lawrence beautifully, as she mesmerises the camera.  In some ways the absence of obvious comedy and lack of speaking content in general can make the film slightly subdued. Nevertheless, the chaotic family scenes have a let-the-camera-find-the-action quality, which is familiar from Silver Linings Playbook, and parts of The Fighter. O’Russell provides us with inventive camera work such as the camera moving down the basement stairs into Joy’s ex-husband’s lair this technique is like a reminder of what inventive camerawork can achieve and visually thrilling for those film lovers who look at more than just the story. 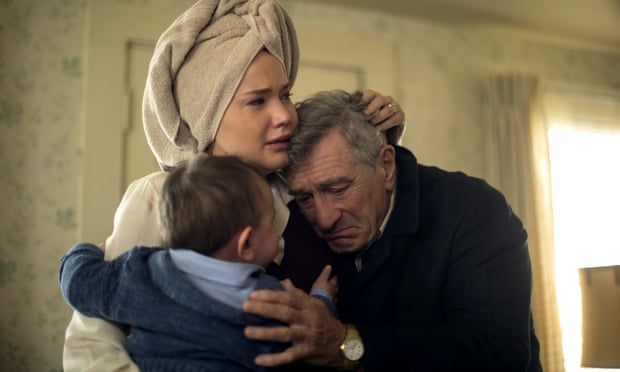 The cast in Joy are great as an ensemble, however individually they can come across quite dull, but this might be due to Lawrence stealing almost every scene she is in. Bradley Cooper, who Lawrence has been cast with many times before, comes across as the weakest performance in my opinion.  Whilst I was excited for Lawrence and Cooper to be paired up again, hoping for that energy we all fell in love with from the duo in Silver Linings Playbook, unfortunately it is not visible within Joy. Robert DeNiro is the comedic value in the film although he is meant to be somewhat an unlikeable character, his humour lightens the film and he enjoyable to watch as always.  However, even with the legend of DeNiro, it is Jennifer Lawrence who gives the strongest performance, and showing us why exactly she is nominated every year.

Joy is a fantastic watch, and greatly directed film with an amazing cast which pulls of a simple but effective story.  However, whether you enjoy it fully is subjective as it is hard not to compare it to David O’Russell’s previous films with the same cast.