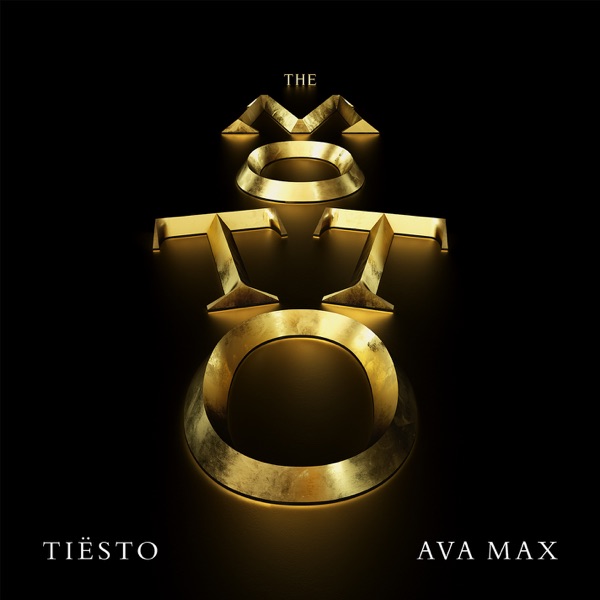 I volunteered to review Gravity, a film at face value with a cast of just two people floating around in space, which one can see in 3D. So maybe not the best choice one might think, particularly as my own view on 3D is that since Avatar it’s not really been worth seeing any movie (whilst paying more for the “privilege”) in 3D.   However, Gravity is a visually absorbing movie, a thriller in space that is without doubt the cinematic experience of 2013. 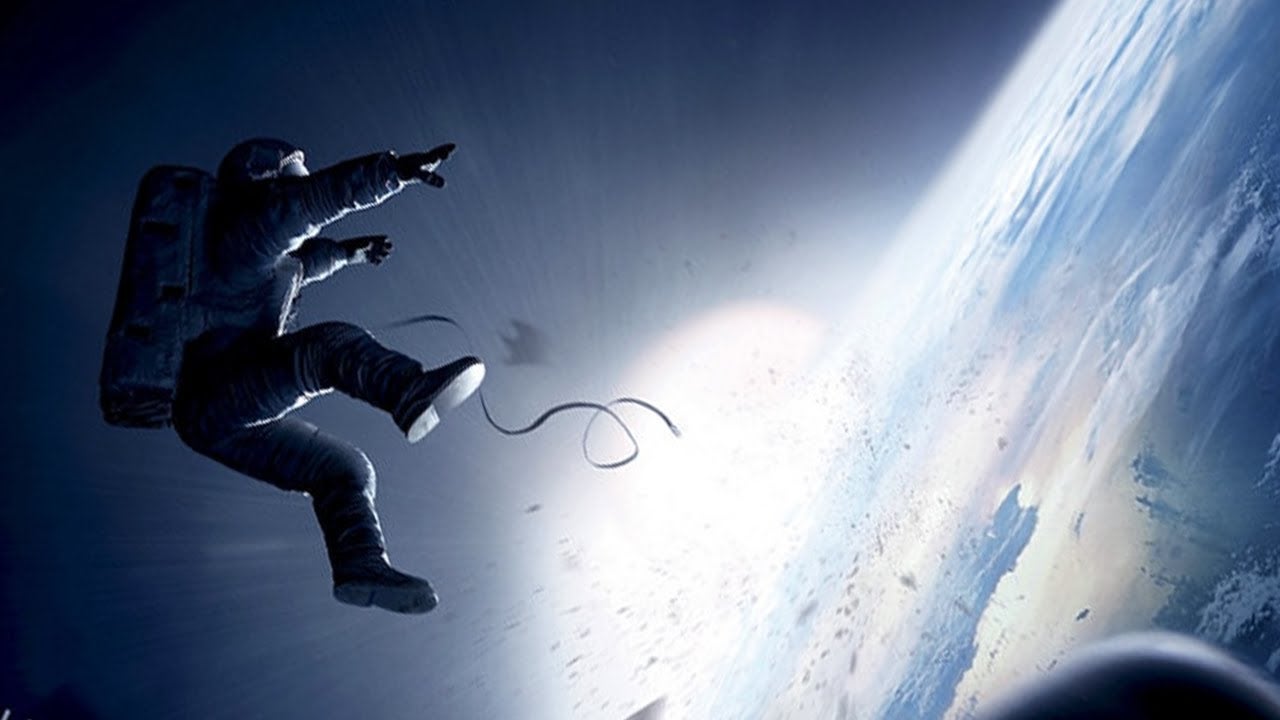 Gravity is, of course, what this film does not have, but what it does are wonderful images of planet Earth at various angles several hundred miles beneath the main protagonists as they move around space in what becomes an increasingly human rather than sci-fi storyline. It also has possibly the best use of 3D ever, Director Alfonso Cuaron whose recent films Children of Men and The Prisoner of Azkaban, have not even hinted at his ability to integrate this technology so skillfully into the story telling itself. Embarrassingly, I even found myself flinching at one point as a piece of space debris hurtled from the screen and a scene where a tear shed by Sandra Bullock becomes the main focus whilst fading the rest of the scene into the background brought an added dimension to an already poignant section of the film.

The film is set in the near future without quite specifying when, but at a time when travelling into space seems fairly routine. Sandra Bullock is a scientific engineer, Dr Ryan Stone, a newcomer to space who is completing the mission by attaching a high-tech scanning device to the Hubble telescope. The only other character in the film is Matt Kowalski, a space veteran played by George Clooney who is intent on breaking a space walking record and telling stories that we never quite hear the end of. 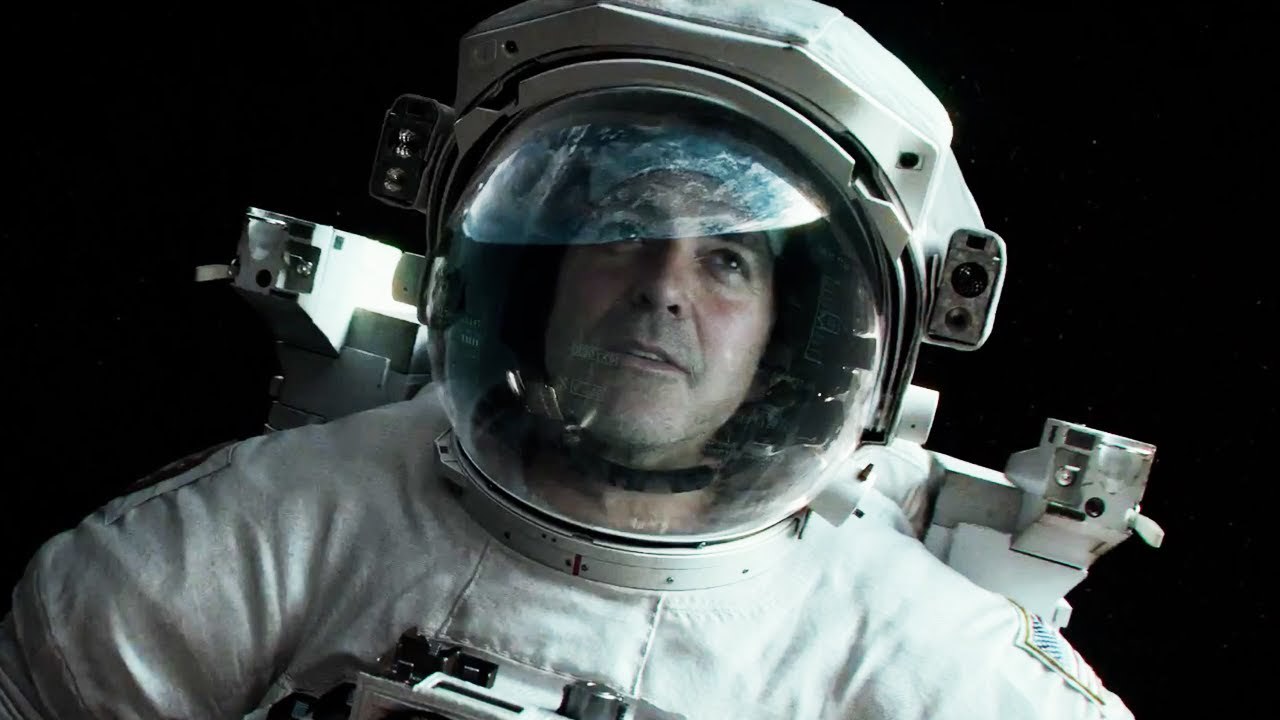 The routine mission starts to go horribly wrong when the Russians (well who else) blow up a space facility of their own which results in debris hurtling around Earth and destroying anything in its path.  This results in a nerve shredding race for time to get back to Earth before the debris returns on its orbit and near certain death.

Sandra Bullock is outstanding in a role far removed from her more normal rom com funny girl routine, as Dr Stone not only battles for survival but also finds herself on a journey of self discovery, after a personal tragedy in her life that is revealed during the film. There is also a touching relationship between her and George Clooney that hints at more, but as always with Clooney one feels in safe hands and whilst he may not have been over extended in the role, it would be hard to ignore Sandra Bullock as an Oscar nomination for Best Actress, even if Cate  Blanchett may prove to be the ultimate winner. It would be a travesty if this film did not pick up an Oscar of some description and how heartening to see yet another British company Framestore involved in making something this unique.

However, despite Gravity’s outstanding technical virtues, which also encompasses the use of sound and silence given its set in space, as a sci-fi film there are no talking robots or flashy technological innovations and its core strength is delivered through very human feelings. It retains a downbeat, everyday feel in a sort of semi-realistic approach reminiscent of an earlier space movie, Silent Running, where the mundane can start to unravel. Beneath all of the imagery and drama there is the almost menacing sense of what it might be like to float off into the depths of a freezing cold space whilst looking down at Earth, knowing that millions below are living their lives totally oblivious to what is happening 300 miles above them.

There are plot faults and maybe it is stretching a point to suggest that Ryan Stone could grapple with Russian and Chinese spacecraft on her first space mission, but it’s a movie and this one in particular can be forgiven these, it may be the closest you get to space without going there. I was also left wondering if there was a more symbolic meaning to the closing shots....let me know what you think?

So my verdict, easily one of the best films I have seen this year, go and see it in 3D on the biggest screen you can find and sit back for a totally immersive rollercoaster of a movie.  Enjoy!

(Gravity is available to buy on DVD and Blu-Ray)