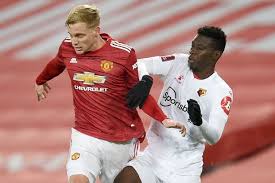 Following two competitive away losses at Swansea and Manchester United, Watford return to Vicarage Road to face a Huddersfield side who ended Vladimir Ivic's tenure at the club less than a month ago.

Ivic's replacement Xisco Munoz praised his side's maturity despite their elimination from the FA Cup at Old Trafford, and told Vibe 107.6 that his side "are ready" despite a midweek clash with Barnsley beckoning on Tuesday.

Stipe Perica and Nathaniel Chalobah could be in line for a return to the fold if they pass their fitness tests, but Christian Kabasele, Isaac Success and Domingos Quina will remain sidelined. Will Hughes and Joao Pedro made their first starts for a while last weekend (Hughes hadn't started all season up until this point) and Watford fans will be anxiously anticipating 2pm's team sheet to see if they retaining their spots in the team.

Another intriguing point to ponder before kick-off is regarding who will start between the sticks. Daniel Bachmann certainly made a good impression and has told the Club's website that he "hopes to play every 3 days rather than every 3 months", and perhaps we could see him contesting for Ben Foster's Number 1 spot. Foster notably made an error leading to Fraizer Campbell's opener in the reserve fixture back in December, and many fans are questioning if he is the man for the job given Bachmann's cup performances. Ultimately, the likelihood of the former Manchester United shot-stopper being dropped is minimal, but there's certainly a possibility that we haven't seen the last of Bachmann this season despite the Hornets being eliminated from both Domestic cup competitions.

Philip Zinckernagel, a creative outlet able to play on the left (as he did on his debut at Old Trafford), the right and behind the striker, performed to a high standard before being withdrawn on the hour mark. It'd be extreme to say there'll be uproar if he's omitted from the Starting XI, but I doubt you'll find many satisfied Watford fans in the comments on Social Media. Hopefully he can play the killer crosses into the striker(s), especially when all of the centre forwards have, thus far, failed to show any significant quality.

Carlos Corberan and his coaching staff are no strangers to Xisco Munoz; the Watford Head Coach said in his Thursday Press Conference that he knows many of them personally, and wishes to "win the noise contest" against a passionate group of Huddersfield Coaches.

In terms of team news, Huddersfield have many changes to their squad going into their trip to Hertfordshire. Ben Hamer is out, and won't feature in a Huddersfield shirt again. He's joined Swansea City as their back-up Goalkeeper, and that's of little benefit to Watford, who will remember Ryan Schofield's Man of the Match performance last time out. If he retains his spot in goal, he'll be the threat.

Midfielder Carel Eiting won't be involved either; the on-loan Ajax midfielder has a knee injury and may even return to his parent club for treatment. Naby Sarr and Isaac Mbenza, who played a part in their 2-0 win at the John Smith's Stadium, won't be helping their team to do the double, nor will Danny Grant, Alex Pritchard, Adama Diakhaby, or Richard Stearman. Danny Ward could be included by the Spanish Head Coach however. 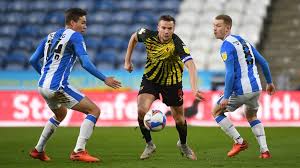 As a protegé of Leeds Head Coach Marcelo Bielsa, clear similarities can be drawn from how the Terriers play. Tireless, constant pressing, and the fast moving attacking as a unit, rather than relying on individual outlets, it's no surprise Corberan's players needed time to get used to the relentless style, but they're starting to reap the rewards as we saw last time the clubs met. Watford will be encouraged by their recent form on the road though; the Yorkshire outfit are winless on their travels since Hallowe'en, and have lost back-to-back games in all competitions.

Fraizer Campbell is expected to lead the line in a 4-3-3, similarly to before, and Jonathan Hogg (who recently penned a new contract with the Terriers) will most likely captain the side against his former club.

Back in the squad, and hopefully back in the goals this weekend, Joao Pedro did well despite not hitting the target in the FA Cup last week, and now will want to add to his goal-scoring tally in the Championship. He's not a nailed-on starter, especially with Zinckernagel and Sema viable options on the left, but I'd like to see him as one of the strikers, countering the Huddersfield press and causing trouble for their depleted back-line.

Danny Ward's return to the attack should be a boost for their output up front, but I think Corberan will keep his faith in Campbell. The 33 year-old netted his side's only goal in their last Championship game, a 2-1 defeat to Reading, and with such limited options for the central attacker, his teammates will be reliant on him to supply the goods. 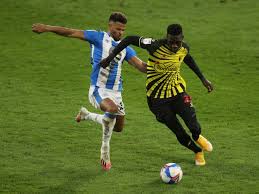 2-1 to Watford seems fair. The home form is a complete polar opposite to the lack of fortune Watford face as visitors, and Huddersfield are similar in this sense. A goal in either half with a late Huddersfield scare. It's a hugely important game for a Watford side who are now chasing the promotion pack in 6th, and they need to make up for lost ground in what is a winnable, but likely competitive contest.

Televised? No, available on HiveLive and iFollow