“You are now about to witness the strength of street knowledge” are the words that open and close this film, spoken by the then 23 year old music producer Andre Romelle Young aka Dr Dre. They are also the words that opened the first album of rap artists N.W.A whose biopic this is.

The words in essence were a warning that America’s black youth, subject to police abuse and low levels of expectation were a force that could be no longer be ignored. Here starts a 10 year journey which charts the group’s formation, rise to fame and ultimate destruction as outside influences eventually tear them apart.

At one level this is a straight forward rags to riches tale about five young black Americans creating music that sweeps across the globe, all for it to start going horribly wrong as they are undone by business deals they do not understand, fame itself, jealousy and ultimately betrayal. However, it also brings to life the everyday racial prejudice of the police force in LA and the crack down on black gangs that formed the environment from which N.W.A grew.

The film’s opening shots find Eazy-E (Jason Mitchell) getting himself into a situation with a rival drug dealer in a Compton slum just as the police department are about to raid the premises. These scenes set the tone that follows, which is that in this world you cannot afford to lose either face or money.

As the key protagonists appear, Dr. Dre manages to persuade Eazy-E into the studio where to the amusement of Ice Cube and DJ Yella (Neil Brown Jr) he struggles to get any rhythm or meaning full sound, but once he does, the rest is history.

Whilst the group appear very much in this early part of the film with all the energy and comradery of young friends preparing to take the world by storm, the emergence of Jerry Heller (Paul Giamatti) begins to complicate matters as their manager. Nevertheless he plays an important role in getting the group recognised even within the black music business. There is also a tremendous scene where he confronts a number of the LAPD who are treating the bands as gang members when they are just having a break from recording.

The cast give great performances as their early characters trying to find a way through life in Compton, but are equally as convincing once they become millionaires reflecting their changing ambitions and relationships. Ice Cube, the group’s main lyricist is played by O’Shea Jackson Jr, the rapper's son and Dr Dre by Corey Hawkins. 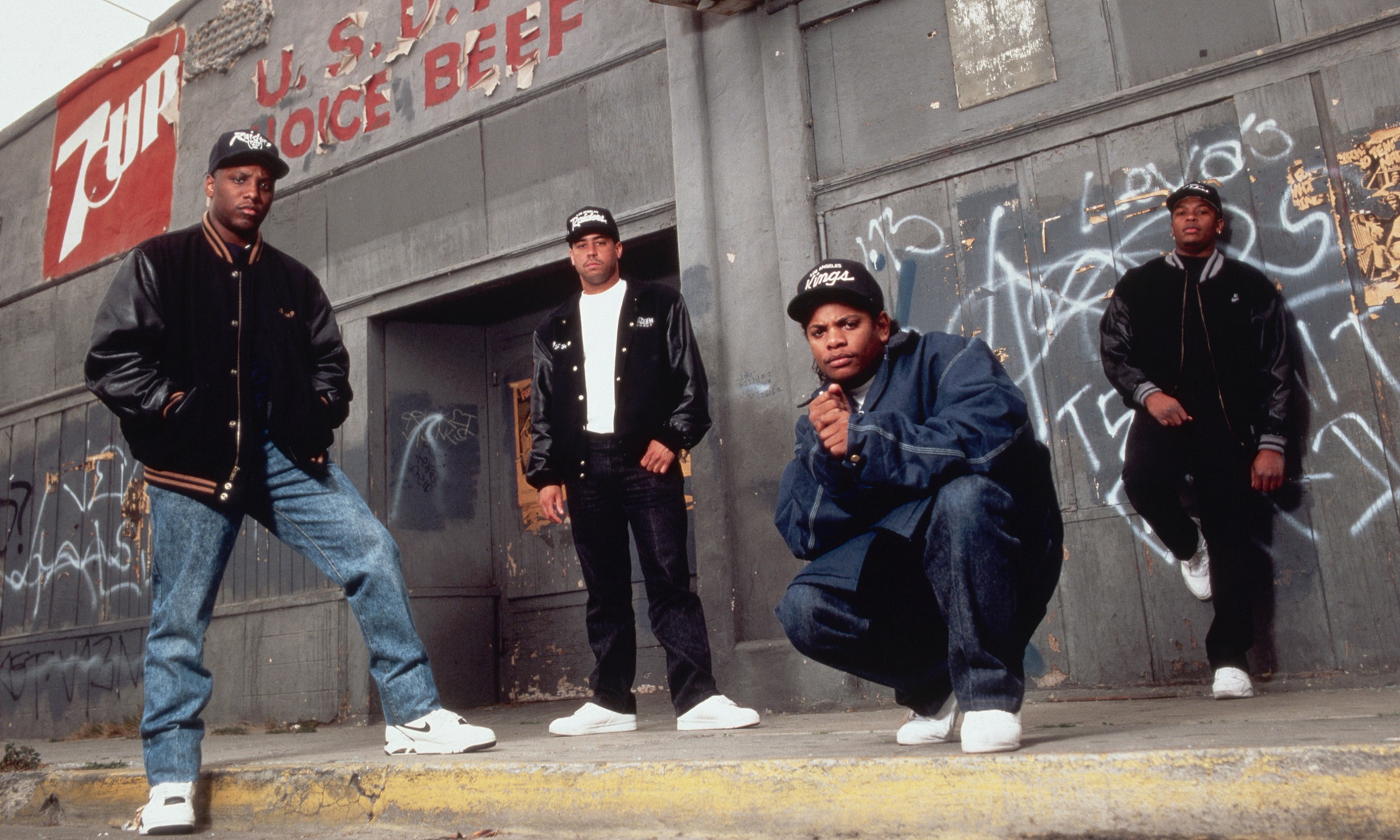 If the movie has shortcomings they probably stem from the involvement of those the film is about. Elements of their more shady past and their often violent treatment of women (indeed here they are either mothers or groupies) are not portrayed at all and therefore it has a somewhat triumphalist feel about it.

However, there is more than enough here to enjoy in the depiction of an anti-establishment movement, the tensions that existed and still do with the police as well as the background of the rapid rise of those involved, particularly Dr Dre who sold Beats for $3 million to Apple and not forgetting an enormously powerful soundtrack.